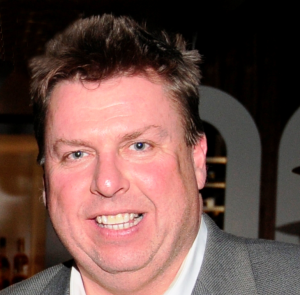 Shane Devenish, executive director of the Canadian Camping and RV Council (CCRVC) and president of the Canadian Recreational Vehicle Association, has plenty of things on his political plate right now, with the recent preliminary authorization of the U.S.-Mexico-Canada (USMCA) trade agreement and continuing talk of tariffs and counter-tariffs between the U.S. and Canada.

But none of that should obscure the fact, he reported, that Canadian campgrounds had a pretty good year.

“Weather-wise,” said Devenish, “it was good in Ontario, Quebec and the eastern provinces. British Columbia was impacted by some major forest fires, so some campers weren’t all that pumped up about going camping when it was so smoky, but, overall, I think Canadian campgrounds were happy with the way things have been going.”

Having said that, Devenish is concerned over the long haul with a trend that has emerged in both Canada and the U.S. recently involving the availability of both public and private camping sites: The problem, he maintained, is that the expansion of existing parks – along with the pace of new startups – simply isn’t keeping up with the growth of the general camping marketplace.

“We’re seeing some cases, especially in British Columbia, where land and housing values are so expensive that some land developers are starting to look at RV parks and campgrounds as development opportunities, which is a concern for us,” said Devenish. “Now, we are seeing some new campgrounds, but not at a rate that would be consistent with the amount of wholesale and retail shipment increases.

“We need to somehow create more campsites in Canada because we’re concerned that RV buyers are not going to be able to find places to camp, to RV and that they’ll get disenchanted and then sell off their units,” noted Devenish. “We’re seeing some complaints about ‘where do I go?’ And boondocking availability is there, but we want people to experience that lifestyle by going to a conventional campground with multiple services and have a real good experience. Now the availabilities pretty good in the outlying parts of the provinces, if you go far enough, you’ll be able to find a site, but in the most popular areas the availability is extremely minimal, especially in government-owned provincial parks.”

As a result, Devenish said Canadian trade groups have been lobbying federal and provincial governments to promote the expansion of campsites and related services in Canada, a country which, he reported, currently has about 4,200 parks, 2,400 of them public.

Adding to this emerging issue, Devenish stated, is the fact that Canada’s governmental bureaucracy has created a disincentive for those interested in expanding existing parks or launching new ones with all the paperwork involved in things like septic systems and electrical infrastructures.

“It is prohibitive now and we need to work with the municipal governments, actually governmental units all the way up, to tell them our problems and that we need more campsites and less bureaucracy to get new campgrounds,” he maintained. “Now let’s keep them (parks) safe. Let’s keep them clean but try to help us with the development of the campgrounds.”

Yet another impediment to Canadian campground growth, observed Devenish, is a taxation situation wherein private parks, most notably those with fewer than five full-time employees, often face punitively high taxes because they’ve been classified by the Canada Revenue Agency (the equivalent of America’s Internal Revenue Service) as investment enterprises rather than small businesses. But it’s difficult, he maintained, for many Canadian park operators, who on average are open 157 days a year, to maintain year-round staffs of more than five people.

“So, as an association, and along with the RV Dealers Association of Canada, we’re working harder now in the government to see if we can get this changed in the 2019 federal budget,” he added.