Canadian Park Closes For Season Due To Dorian Damage 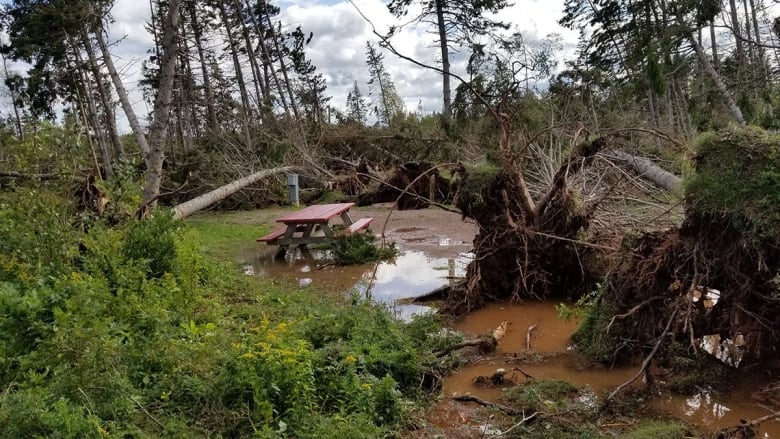 Dorian_6.jpg
Cavendish Campground in Prince Edward Island (P.E.I.) National Park will remain closed for the remainder of the year due to damage from Hurricane Dorian, Parks Canada told CBC.

The campground was due to close at the end of the month, but fallen trees and debris have made the area unsafe, said Arja Romaniuk, visitor safety and fire co-ordinator for P.E.I. National Park.

“Some of the areas are still not accessible due to heavy tree damage,” she said. “Getting into Cavendish Campground has been quite a challenge.”

The campground closed early Saturday and the area was evacuated before the storm hit, she said.

She said Parks Canada is thankful nobody was hurt in the storm, but the area won’t look the same when it reopens.