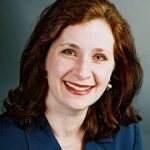 News of the initial authorization on Friday (Nov. 30) of the U.S.-Mexico-Canada Agreement (USMCA), a new trade pact championed by U.S. President Donald Trump to replace the 24-year-old North American Free Trade Agreement (NAFTA), was welcomed by the Canadian RV industry’s leadership. Lawmakers in all three countries still have to ratify the trade deal before all is said and done.

“We’re pleased to hear this (Friday) morning that the three leaders did sign off on the agreement,” said Hamm, noting that legislative advocacy for trade issues was one of the organization’s top priorities in the three-year strategic plan it just approved at the RVDA Con/Expo in Las Vegas. “I think it’s a step in the right direction. While the governments still need to adopt the agreement individually, it definitely addresses some of the concerns that we had with regard to how trade was going to look moving forward. So, we’re quite pleased that it’s the first step. 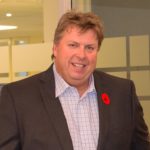 “The one concern I guess we still have is that the tariff issue has not been addressed,” Hamm added. “Hopefully they’ll look at that now that the signing is done, but the steel and aluminum tariffs are still in place. Hopefully, with this positive step the negotiations will continue and we’ll get things back on track. But make no mistake, it’s absolutely good news for the RV industry. I mean for Canada especially, our largest trading partner is the United States, so we definitely do not want to have barriers to trade. Now, obviously the NAFTA agreement needed to be upgraded because it had been around for a while and hopefully this new agreement will help maintain the free trade that existed from one side of the border to the other. And I think when things were uncertain and we weren’t sure where it was going, people were a bit concerned. I don’t know if it affected consumer confidence, but we’re looking forward to it being resolved.”

Devenish is taking a similarly positive view of this whole turn of trade-related events.

“We are certainly encouraged by the signing of the new NAFTA Agreement, or USMCA, on Nov. 30 and we are very hopeful that this will signal a move back to more friendly times,” said Devenish. “Our economy is somewhat fragile at present, so we are optimistic that we will see this agreement ratified by the respective governments quickly in order to provide a much-needed impetus for Canada.

“Ultimately though, we really need to see the elimination of tariffs and counter-tariffs on steel and aluminum and components between all countries to truly have free trade on our products and keep the price on RVs sold in Canada competitive.”