Cannibas To Be Legal For Canadian Campers 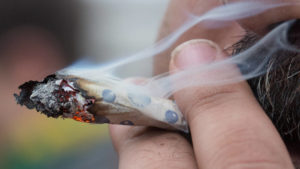 Once cannabis is legal, those bound for Saskatchewan campgrounds this summer can add pot to their packing lists, according to CBC.

The Canadian government plans to legalize the sale and consumption of recreational cannabis this summer, leaving it up to provinces to regulate how it’s to be accessed and distributed.

Although the government has banned smoking cannabis in public places, including parks, Saskatchewan’s Cannabis Control Act considers a campsite a private place.

“A tent, trailer or camper, and the campsite it is located on, is considered a private place under the Act, where cannabis can be consumed.  This includes campsites in public parks, as with alcohol,” a Ministry of Justice spokesperson said in an email statement to CBC News.