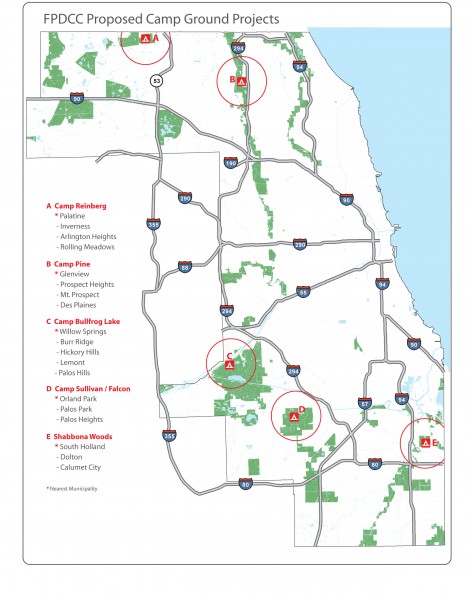 Click here to hear a radio broadcast of the following story.

The district plans to spend upward of $20 million on improvements at between five and nine camping facilities across suburban Cook, CBS Radio reported.

Superintendent Arnold Randall explains some of the changes while at Camp Sullivan in Tinley Park.

“Renovating existing structures like you see here today, building new structures, building quality bathroom and shower facilities because we know for families that is a really big deal to have those kind of amenities on site,” said Randall.

He says in the past, the forest preserve has only hosted boy scout troops and organizations to camp.

Now they want to expose new people to the 68,000 acres of open land in the county.

The initial phase of work would start in the summer and finish by the end of the year if commissioners approve.

The district will introduce the plan at the commissioner’s meeting on Wednesday (Jan. 16).

Click here to read an earlier story in Woodall’s Campground Management about this project.