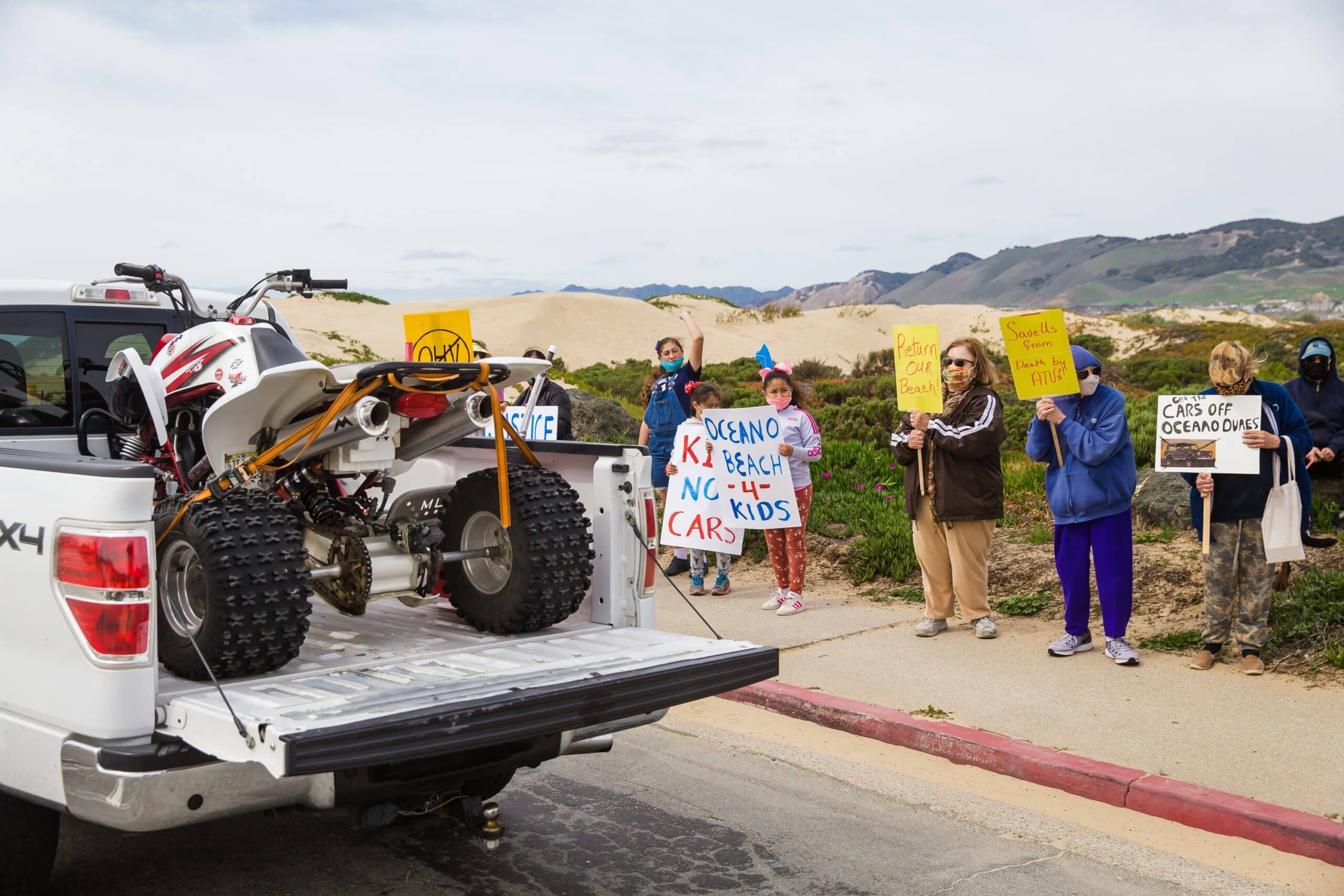 Off-roaders headed to the Oceano Dunes SVRA on March 14 were met with environmentalists who hope to see off-highway vehicle access eliminated from the park. – PHOTO BY JAYSON MELLOM

Guadalupe, Calif., likes Oso Flaco Lake the way it is, and the city is taking an official stance against a recently proposed project that it says would turn the quiet slice of nature into an off-roading hub, according to the SUN.

Guadalupe Mayor Ariston Julian said his fellow community members didn’t settle down in Guadalupe, which sits just about 6 miles south of Oso Flaco Lake, to live at the entrance to an off-highway vehicle playground and tourist destination.

Oso Flaco Lake and the Rancho Guadalupe Dunes Preserve as they are now are both serene and quiet spaces cherished by Guadalupe residents, Julian said, many of whom are low-income farmworkers who can’t afford to travel far. A campground and off-roading entrance would likely degrade important habitats in Oso Flaco, he said, but it would almost certainly bring swaths of weekly visitors into the area, making it harder for locals to access and enjoy.

Narrow roads around Guadalupe, which weave through acres of surrounding farmland, are heavily trafficked by farmworkers headed to and from work each day. Peak travel times often lead to bumper-to-bumper traffic.

“Then you add visitor traffic to that?” he said. “It’s going to be a nightmare.”