CNN Money: Gas Prices May Have Peaked for Summer 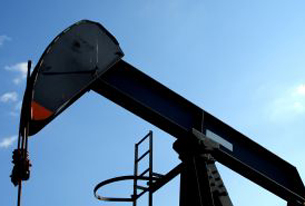 A surge in gasoline prices earlier this year sparked talk of $5 a gallon by this summer, but prices at the pump have been ticking lower in April, and it appears they’ll continue falling as the driving season approaches.

CNN Money reported that this rosy scenario is prompted by the fact that the price for one of the most common types of gasoline futures traded in New York has dropped 30 cents, going from over $3.40 a gallon at the beginning of April to $3.10 a gallon Wednesday (April 25).

Futures contracts are financial instruments that buyers and sellers of large amounts of gasoline — or any commodity — use to set prices. Analysts say the current drop in gas price futures should begin to appear in gas prices at the service station over the next few weeks.

“We’re certainly going to see prices move lower at this point,” said Stephen Schork, publisher of the industry newsletter the Schork Report. While retail prices are expected to move lower, Schork said the decline might not be as steep those seen in the futures markets.

The main reason for lower gasoline futures prices is the declining cost of Brent crude and other crude oil that gasoline is made from.

Brent crude has dropped from over $125 a barrel in early April to under $120 currently, largely a a result of tensions easing with Iran over its nuclear program. Recent signs of a slowing global economy have also helped push down prices.

Gasoline prices at the pump have begun a similar decline. While much hype was made earlier this about how gas had run up further and faster than any time before and may even reach a new all-time high of over $4.11 gallon, prices have been slowly declining since touching $3.95 a gallon at the beginning of April. Gas prices currently sit at $3.84, according to AAA.

“If we don’t have any supply issues or refinery outages, we’ve seen the highs for the summer,” said Schork.