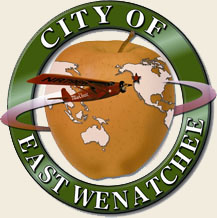 Yielding to public pressure, the Douglas County Commission in Washington state will not allow RV parks to be built along the Columbia River south of East Wenatchee, The Wenatchee World reported.

“I think a lot of people were fearful that a bunch of RV parks were going to start going in tomorrow if we approved this,” Commissioner Dale Snyder said.

Dave Wakefield, whose idea to build a waterfront park sparked a firestorm of protests from his neighbors, saw it a different way. “It was basically an attack on Riverside Mobile Home Park and the people who live there. … I am really disappointed in the whole process.”

The commissioners voted unanimously Tuesday (Dec. 4) not to permit the parks in the area that stretches along the river from the East Wenatchee urban growth boundary to Rock Island.

The county initiated a zoning amendment that would have allowed the parks after Wakefield inquired about building an RV park next door to Riverside Mobile Home Park and Kirby Billingsley Hydro Park. In order for Wakefield to apply to build it, the county would first have to amend its zoning to allow it.

About 75 people crowded into the hearing room and spilled out into the hallway on Tuesday, Snyder said. Two people spoke in favor of the zone change — including Wakefield — and about two dozen testified against it. The concerns included increased vehicle and boat traffic, fear that people would live permanently in recreational vehicles on the site, and about possible expansion of the mobile home park toward the nearby Aspen Shores residential community.

The commissioners received a petition signed by 134 people opposed to the zone change.

“Most of the people really didn’t think RV parks were a good fit for this zoning,” Snyder said.

Wakefield said that instead of focusing on the issue of RV parks, many people at the hearing complained about Riverside Mobile Home Park and its residents.

Property owner Kelly Ballard, who lives in the RR2 zone but not near Wakefield’s land, spoke in favor of the zone change, even though he knew little about it and didn’t know Wakefield.

“The whole thing seemed to me like a lynch mob,” he said. “They weren’t complaining about a zone change, it was about there being no way in hell they were going to allow an RV park to go right next to them.”

“I felt like my rights as a property owner were deeply infringed upon, and this zone change wouldn’t even affect me,” he added. “At least let people go through the application process.”

Parks for recreation vehicles are allowed with a conditional-use permit in less populated rural zones in the county. However, Snyder said there are currently no private RV parks in any of those zones. The Chelan County PUD owns three campgrounds that allow RVs north of East Wenatchee along the Columbia River.

Snyder said the county really has no regulations for RV parks, such as how long people can stay. He said the commissioners need to develop those guidelines to be prepared for any future requests for zone changes to allow them in more residential areas.