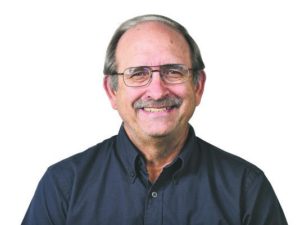 Editor’s Note: This column was written by John Young and originally appeared in the Coloradoan.

No, that’s not the shopper on a certain annoying pre-sale retail commercial.

That’s area camping enthusiasts — their palms stretched and their nostrils flexed on the figurative window pane. Only time separates them from outdoor bliss.

Mother Nature? She is ready to play.

It’s camping weather in northern Colorado, but in too many cases campgrounds are closed until Memorial Day weekend.

Someone is saying, “Hold it. You’re jumping the gun. We all know when camping season starts.”

The U.S. Forest Service has good explanations for how it does things, with the need for supervision, maintenance and more. However, a key factor seems to be disregarded in all of this:

It’s getting warmer earlier. Are we scheduling the availability of outdoor resources based on an antiquated calendar?

And that’s about it.

Poudre Canyon early birds will have an option soon when Stove Prairie Campground opens May 5. Otherwise, sites don’t open until May 24 — the Thursday before Memorial Day — with the opening of campgrounds like Dutch George, Mountain Park, Narrows, Kelly Flats and Sleeping Elephant.

A few higher-elevation campgrounds in the canyon don’t open until June.

Rocky Mountain National Park opens most of its campgrounds May 24.

It’s understandable that some high-elevation campgrounds open late, but it hardly makes sense for most of glorious May to pass us by with so few camping options.