Residents in the southern portion of Florida are starting to assess the damage after Hurricane Irma ripped through the state with 130 mph winds and left some areas completely cut off from power and water.

The Associated Press was reporting Tuesday (Sept. 12) that some residents were being allowed back onto some of the islands that form the Florida Keys, which took the brunt of Irma’s power.

Bobby Cornwell, president and CEO of the Florida Association of RV Parks and Campgrounds (FARVC), said that the Keys are where his biggest concern lies.

“I have not heard anything from park owners down in the Keys,” he told Woodall’s Campground Management (WCM).

Damage throughout the rest of the state varies and Cornwell said that it looks as though a lot of parks missed serious damage. In St. Augustine, Cornwell said that he talked with George Lempenau, owner of Arcadia Peace River Campground and director of FARVC’s southwest region, who is dealing with rising water.

“Parks on the coast are in bad shape, a lot of their sites are underwater,” he said. “At Arcadia the Matanzas River is rising, which is causing issues. They are hoping it begins to recede today (Sept. 12).”

Near the center of the state park owners were not dealing with water, but a lot of wind damage, which knocked down trees and power lines.

“I have talked with 3 to 4 owners who told me that the damage is not too bad, no loss of life and no units destroyed,” said Cornwell. 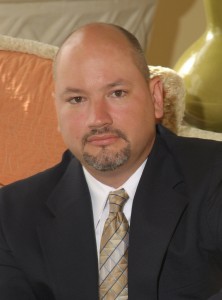 In Fort Meyers, on the southwest side of Florida, Cornwell said he was surprised how well parks were able to fair the storm. He said that trees and power poles were down, but that the few owners he talked with reported very minor damage with sites still intact.

“For quite a few parks they are looking at being up and running in a week or so,” said Cornwell. “I have talked with some that said they have parts of their park that are still operational right now.”

In Kissimmee, Fla., the Orlando/Kissimmee Kampgrounds of America (KOA) suffered very minor damage. Matthew Koromhas, general manager of the park, said that there was some tree debris, but nothing like what parks are facing in the Keys.

“We have no damage to any of our buildings except a few loose shingles,” he said to WCM. “All of our RVs are upright. We fared better than a lot of people.”

Equity Lifestyle Properties, which owns 138 sites in Florida, began assessing damage immediately after Hurricane Irma. They received no reports of injuries to guests, residents or employees.

According to a press release, intial assessments show that properties have been affected by flooding, wind, wind-blown debris, falling trees and tree branches. Some have seen damage to homes, carports, screen rooms and awning, but newer homes appear to have held up well.

Above all, we are grateful that there have not been any reported deaths or injuries to our residents, guests or employees,” said President and Chief Executive Officer Marguerite Nader. “Our operations team in Florida has displayed outstanding diligence and efficiency in assisting our customers while preparing for and reacting to the effects of Hurricane Irma.”

The National Association of RV Park and Campgrounds (ARVC) stands ready to help, as they did after Hurricane Harvey struck Texas a few weeks ago. Paul Bambei, executive director of ARVC, said that the association issued a new call for donations to the ARVC Foundation’s Disaster Relief Fund to help support both Texas and Florida.

Trees are strewn across the road in Fort Lauderdale.

So far, Bambei said that the fund has raised $10,000, but that he expects that number to climb as campground owners begin to check their emails after a busy Labor Day weekend.

He said that ARVC has been in touch with Cornwell and that he has been hearing reports of varying damage, where some areas suffered significant damage, while other are reporting very little.

“A lot of Florida’s parks are corporation owned, so I imagine they have begun their own assessments of the damage,” Bambei told WCM. “For independent park owners we stand ready and willing to help in any way we can.

He mentioned that the foundation is ready to accept applications from park owners that need assistance recovering from the storms.

“We will turn those applications around very quickly as they come in,” he said.

To donate towards the Disaster Relief Fund head to arvc.org or to apply for disaster relief you can head to arvcfoundation.org.