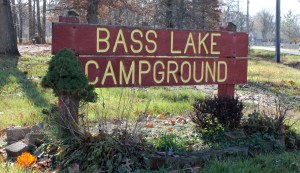 The Starke County (Ind.) Park Board has given the Bass Lake Beach and Campground manager until next Wednesday (July 7) to hand over several thousand dollars of revenues. During a special joint session with the county commissioners Tuesday, the park board also ordered Larry Clarich to stop collecting money going forward, according to WKVI.

Park Board President Richard Ballard said there have been some things going on that county officials feel shouldn’t have been going on. “The funds that people paid for their campsites, we’re not sure where that money is,” Ballard explained. “It’s not being turned in to the county at this point, at least not in the amount that we think it should be.”

Seasonal campground users are being directed to send their checks directly to the Auditor’s Office. The commissioners approved the creation of two new part-time positions to collect beach admissions at the gate.

It was revealed earlier this month that the facility had brought in more than $58,000 this season, but only about $16,000 had made it to the county. Clarich felt that money wasn’t the county’s, since it was collected when lessee Richard Callahan was still alive, meaning his company still operated the beach and campground. But county officials argue that since the campground payments were for the season – which began after Callahan’s death – the county should get most of that money.

Clarich hasn’t exactly been diligent about turning in new income, either, according to Auditor Rachel Oesterreich. She said her office hasn’t gotten any payments since June 8.