Crider: Plan Now On How To Deal With The Media 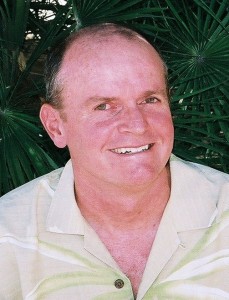 Editor’s Note: This column was written by Jeff Crider for the California Association of RV Parks and Campgrounds (CalARVC).

Earlier this year, CalARVC dedicated a full day to emergency planning, with guest speakers from the U.S. Border Patrol, the FBI as well as Hytropy Reverse Disaster, one of the nation’s top disaster planning firms.

But, there’s another topic that needs to complement planning for any type of emergency, whether it’s a fire or earthquake or a problem involving a staff member or guest: Emergency communications involving the news media.

What will your front desk staff do when they get a call from a reporter asking about an alleged crime that has been committed at your park or some other type of disaster, such as a drowning?

Reporters call the police every day, often several times a day, to find out what is happening in their communities. I used to do this in my early years as a reporter. I’d call both the police and fire departments and they would brief me on the most dramatic incidents, which I wrote about every day.

Many businesses; however, do not have a communications plan in place, let alone one for handling reporters when there’s an emergency situation or a negative news event involving their business.

I experienced this with my first public relations job 20 years ago while working as public relations manager USFilter, which at that time was a Fortune 500 company. There was a problem involving the disposal of waste at one of our facilities in another state, which caught the media’s attention. But instead of referring the call to me so that I could investigate the situation and give the reporter an informed response, the person who answered the call provided incomplete information on their own, which resulted in a negative story. None of us at corporate headquarters even knew about the situation until we saw the story the next day. By then, the damage had been already done.

It didn’t have to be that way.

I remember we fixed our internal procedures right away, sending out a memo to all of our offices directing staff to refer media inquiries to me.

Park operators need to have similar procedures in place for handling media calls. Anyone working the front desk needs to know who the park spokesperson is and have a way to reach him or her at all times. If, for some reason, the spokesperson is not available to handle a media call, an alternate spokesperson should be on hand and have the authority to take the reporter’s call.

There’s another thing to keep in mind. Just because a reporter calls you doesn’t mean you have to answer their questions immediately. The designated spokesperson will need time to investigate the problem and prepare an appropriate response.

Most reporters will be happy if you simply tell them you can’t answer their questions immediately, but can give them a call back at a specified time, ideally within an hour or two. Reporters, after all, are on deadline.

They mainly want to know they can get a response from you. If they have your assurance you will call them back to answer their questions most will be content with that initial response.

If your park has a negative issue that you think may attract media attention at some point, it is best to prepare your talking points for that situation in advance and keep them in a secure place, rather than waiting until a reporter calls your park.

You don’t want to be preparing a statement when you’re nervous.