In a move that surprised many in the campground sector, the board of the Cruise Inn brand — one of the fastest growing names in private RV parks — voted last week to end its operations three-and-a-half years after its launch, Cruise Inn personnel told Woodall’s Campground Management.

Trent Arnold, the new president and CEO, said the board and remaining personnel aren’t yet ready to comment as they work with the 42 member parks to transition them out of Cruise Inn branding and software.

Linda Profaizer, a well-known name in the campground business who served as a business development director for Cruise Inn, said she learned of the board’s decision on Saturday (June 3). “It was a surprise,” she said.

Profaizer didn’t get any details on the decision, she said. The company email addresses and website shut down.

The Cruise Inn brand was launched in November 2013 by a group of hotel professionals who wanted to bring hotel practices to the outdoor-hospitality space by creating a brand in which all member parks got a voice. 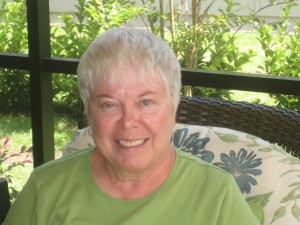 “It was a good model,” Profaizer said. “It’s possible we were a bit before our time.

“In this market with everyone doing so well,” she continued,” their feeling seems to be ‘We don’t really need anybody,’ and that makes it hard.”

From the staff’s point of view, Profaizer said, things seemed to be going well. In early May founding CEO Scott Anderson stepped back, making way for Arnold, who joined the company last year with an eye toward succeeding Anderson.

“Everything was going fine. We had our staff call earlier in the week and nothing was said. We were designing aa new website. Everything was moving ahead. This year has been pretty good as far as interest and signing up parks goes. I don’t know what happened,” she said. “I’m really sad to see it happen. It’s a sad time for us, but for the industry, too.”

Arnold said more information on the details of the decision to end operations for Coral Springs, Fla.-based Cruise Inn will be coming in a few days.