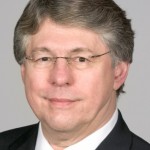 A resilient and adaptive consumer base will help RV industry shipments continue on a flat but stable track in the coming year, according to University of Michigan economist Richard Curtin in the Winter edition of Road Signs.

“RV sales face stiff headwinds in the year ahead. Uncertainty about job and income prospects, stagnating wages, depressed home values and the likelihood of rising taxes will affect RV sales,” Curtin noted. “While these factors will prevent an increase in RV sales, neither will they prompt significant declines. Although consumers will be apprehensive, they will continue to buy RVs.”

“Notably, shipments increase on a seasonally adjusted basis in the second half of 2012, with most of the renewed strength in conventional and fifth-wheel travel trailers,” Curtin said.

Towables have understandably been propping up the industry for the past few years as discretionary dollars have tightened in line with a weakened economy, impacting sales of higher-priced motorhomes.

“The 2008-2009 downturn had the largest impact on motorhomes, which represent approximately 10% of the total RV market,” Curtin noted. “Motorhomes are more dependent on accumulated home equity, which continues to decline. Motorhomes are likely to improve at a relatively greater pace in the decade ahead as stricter fuel economy standards reduce the towing capacity of the household vehicle fleet.”

Curtin added that in order to cater to a more economy-conscious consumer and cope with continued volatility, manufacturers would, in turn, need to adopt a more conservative approach to business.

“In the current economic environment, both consumers and manufacturers understand that they must find new ways to maximize value. Economic uncertainty has taken its toll, and it is likely to increase month-to-month variations in sales that largely disappear when summed across the year,” he said. “And with sales expected to be relatively stable at moderate levels, such temporary variations may prompt false market signals and inappropriate reactions. Such an economic environment places a premium on cost controls and inventory management as the best means to handle the expected variations in sales.”