Dave Drum: Montana Cowboy with an IQ of 180 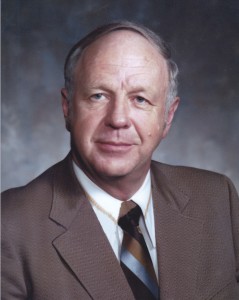 Editor’s Note: This is part of a series of stories commemorating the 50th anniversary of Kampgrounds of America Inc.

Dave Drum was born March 7, 1923, in Rushville, Ind., but he grew up on a ranch near Miles City, Mont. He earned a Purple Heart serving with the U.S. Marines in World War II and then served his country again during the Korean Conflict. In between wars, he earned a business degree, in 1947, from the University of Montana.

“He was a cowboy with an IQ of 180,” says former KOA CEO Art Peterson.

He says that in a polite sense, as Drum did all manner of things to better himself.

“He was a smart guy and very successful,” adds KOA historian Jim Graff, “but he soon lost interest when things got up and running at KOA – and Dave moved on to other ventures.”

Drum’s place in the history of Montana, not to mention the outdoor hospitality business, was cemented in 1962 when he took a leap of faith and got into the campground business.

Drum remained active on KOA’s board of directors until 1972 and after selling his KOA shares in 1975, lived in Polson with his wife, Dorothy, and wintered in Palm Springs, Calif.

Everyone who knew Dave Drum has a favorite story about him. For Pat Hittmeier, KOA president, it’s when he was sent in the mid-1980s to negotiate a land sale with Drum for choice property Drum owned near Polson in northwest Montana. KOA wanted to put a campground there. By this time, Drum had already “made millions and lost millions a couple of times,” Hittmeier reckoned.

“He started going on over all the things we would do if we built the campground, the kinds of people it would attract and how we might attract people there, but I could never get him to give me a price for the land,” Hittmeier said. “Ultimately, I had to buy land from somebody else.”

Meanwhile, Drum served in the 1967 Montana Legislature, was a member of the 1972 Montana Constitutional Convention and ran unsuccessfully for the U.S. Senate in 1976 against John Melcher to fill the Senate seat vacated by Mike Mansfield.

In 1986 Drum told a reporter for U.S. News & World Report, “(Money) doesn’t mean a hell of a lot because chances are you’re still going to live with the same gal and drink the same whiskey.”