By: Gary Gerard|Published on: May 12, 2020|Categories: Industry News| 0 comments

The RV rental business across the country has been hit hard by the COVID-19 crisis, but prospects seem to be brightening – at least in some areas – with weather and regulations being the determining factors, according to Scott Krenek, of Krenek RV Super Center in Coloma, Mich., who serves as president of the RV Rental Association (RVRA).

“Certainly, the areas that are opened up are seeing an uptick in business,” he said. “Early on, there were just lots of cancellations, and there are still cancellations as summertime events are canceled. But the vacation business is coming back.”

Krenek explained there are three types of RV rentals – vacation, event and short-term housing. Short-term housing includes rentals to frontline pandemic workers who may have parked RVs in their driveways, as well as Nashville, Tenn., tornado victims or recent wildfire victims in the panhandle of Florida.

“In the Northeast, several dealers rented out a lot of units for (doctors and nurses,)” he said. “And in California, many rental operators put units in the parking lots of hospitals.” But he said these rental contracts are likely fleeting, as dealers aren’t sure how many of them will be renewed.

As president of the RVRA, Krenek talks to dealers nationwide and made the observation that, “Right now, we’re seeing good demand where it’s allowed and the weather is nice.”

While event rentals are still lagging, the vacation business is showing signs of improvement.

“My buddies in Utah were the first to pick up because Utah is wide open, where they’ve had almost no restrictions,” he said. “And the West Coast has gotten better weather real early this year.”

Krenek said several dealers on the West Coast told him they were up 30% to 40% in rental contracts from where they were a year ago. “So right now, we’re seeing good demand where it’s allowed and the weather’s been nicer,” he said. “I think we’re going to see a nice pickup. If they’ve got good weather and things are open, I think (rental) dealers will get back to somewhat normal this summer.”

In Indiana, RV rental numbers fell dramatically as the Indianapolis 500 and other large events were canceled or postponed and campgrounds were closed. But as restrictions are being lifted, the phones at RV rental outlets are starting to ring again.

“We kind of got hit both ways,” said Julie Dirindin, owner of the Cruise America franchise in Schererville, Ind. “A lot of people did cancel because everything closed down. But then we got a lot of people who reserved because they needed to get home.”

She said one-way rentals are not their usual business model, but, “It got busy because a lot of one-ways popped up, and now we’re getting busy again because things are opening and people are re-booking the trips that they canceled before. We did lose business, but then it picked up. So hopefully it’ll continue building from here throughout the summer.”

Keith Dix, the owner of Touchdown RV, Indianapolis, said he’s seen a significant jump in business in the past couple of weeks.

“We took a shellacking when things first happened,” he said. “We had a lot of cancellations up front. And then we were kind of fighting people on the cancellation policies, as well. But then probably in the past two weeks things have skyrocketed.”

Dix said his dealership provided RVs for the RVs for MDs program that was launched on social media during the COVID-19 crisis and he was also able to salvage many of the bookings he had for RV rentals during the Indy 500, which was postponed until Aug. 23.

“We book months in advance for that, and we were very proactive in kind of calling our existing customers and asking if they wanted to move their reservation to that date,” he said. “Pretty much I think 90% to 95% of everybody moved their reservation.”

Rentals he’s seeing now are mainly for people who want to go camping or take a vacation.

“We’re actually going to start a marketing campaign as far as the social distancing,” Dix said. “You know, when you take an RV trip, it’s just your family. As far as the cleanliness of the RV, we’re using an industrial cleaner. And people can bring their own cleaners and their own sheets if they like. They can control their own environment.” 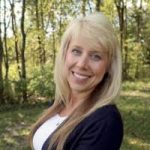 Michele Weaver, owner of Indiana RV Rental and Sales, in Wabash, Ind., said, “When it’s closed – when camping is closed – you lose your business. The biggest camping weekend to start the season in Indiana is Memorial Day weekend.”

And, she said, people during that time are not only camping. They’re attending summer events that create sales for RV rental dealers. The lack of those events chilled rental activity.

“Everything is canceled,” she said. “You have restrictions on the number of people who can gather and camping isn’t even open yet, until Monday (May 18), technically.”

The problem goes beyond just the lack of events, Weaver said. “You have family get-togethers. I rent to people who have company coming in for the weekend and they put campers at their house for additional sleeping capacity. We lose out on that because people aren’t visiting.”

Even so, her company has seen an uptick in reservations looking forward, beyond the pandemic restrictions.

“I have tons of requests. So like this last week, I’ve had numerous people call and I took seven or eight bookings for July, August and September,” she said. “A lot of your parks will have big fall weekends – you know, end of the season stuff. People are booking for that.”

One RV rental company whose business went to zero with little hope of a rebound anytime soon was Bandwagon RV rentals in Bowling Green, Ind. The company rents Class C motorcoaches to touring musicians and other performers.

“We got shut down March 12. We’re stuck,” said Jeremy Clark, Bandwagon RV owner. “The state of Indiana took two of our units for mobile COVID testing but that didn’t provide much income.”

Clark said as long as there are no live performances his business is essentially dead.

“We don’t rent to the general public. Ours is more business-to-business. We rent to touring musicians. I mean, I’ll rent to anybody, but for what we charge and what we have, you’re not going to the state park and setting it up. We have a $2,500 damage deposit.”

“No concerts, no RV rentals,” he said. “We’re looking into racing, but it’s the same thing. Until there’s such a thing as public gathering, we are out of business.”