By: Woodall's Campground Management|Published on: May 24, 2018|Categories: Industry News| 0 comments 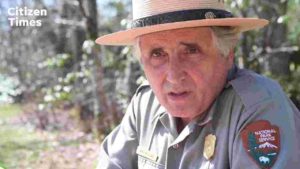 People who travel to the Blue Ridge Parkway near Asheville, N.C., are not just stretching their legs for a hike among its many forested trails or snapping selfies in front of mountain overlooks.

They are dipping heavily into their wallets, according to the Citizen Times.

But in a strange dichotomy, the parks, which are also the most-visited of all 417 national park sites, are facing severe deficits in funding to maintain roads, bridges, buildings, campgrounds and water and communication systems. The extent of that deferred maintenance work has drawn sharp criticism and a call to action from national park advocates.

The “2017 National Park Visitor Spending Effects” report shows 16.1 million visitors to the parkway, which covers 469 miles from Cherokee to Shenandoah National Park in Virginia, spent slightly more than $1 billion in communities near the park.

The spending supported 15,400 jobs and had a cumulative economic benefit of $1.4 billion. That is up from $1.3 billion in 2016. But at the same time, the parkway faces nearly a half-billion dollars in deferred maintenance.