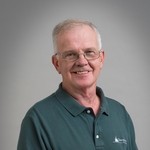 Richard “Dick” A. Hartford, founder of campground insurance providers Evergreen USA and Evergreen Indemnity, passed away Oct. 5 in Auburn, Maine, with his family by his side. He was 68.

An e-mail from the Northeast Campground Association (NCA) stated, “Dick and Evergreen Insurance have been the best of friends to NCA, and all of us for over 27 years. His strong commitment to the campground industry, his generosity, along with his fun-loving attitude made him a man that we will never forget.”:

Hartford was born on April 25, 1945, to Oscar and Geneva Hartford of Lewiston, Maine. He graduated from Lewiston High School and received his bachelor’s in business from the University of Maine. After completing college Richard and his father Oscar purchased the Cobb-Winslow Insurance Agency and soon thereafter changed the name to The Hartford Agency.

In 1986, Hartford started Evergreen, an insurance company for campgrounds which, under his leadership, became the largest insurer of campgrounds and RV parks in the country. He actively remained at the helm of the companies, working with and teaching his son Lucas many wonderful life and business lessons until his death. He was the proud recipient of the National Association of RV Parks and Campground’s highest award, the Stan Martin Award and the Northeast Campground Associations’ highest award, The Curtis Fuller Award.

In lieu of flowers or a charity the family has requested anyone who wishes who is attending reception after the burial to bring with them one small 2-inch by 3-inch relatively smooth rock to be included in a memorial patio garden in honor of Hartford. Anyone attending the the services are requested to dress casually and comfortable. Online condolences and sharing of memories may be expressed at www.lynchbrothers.com