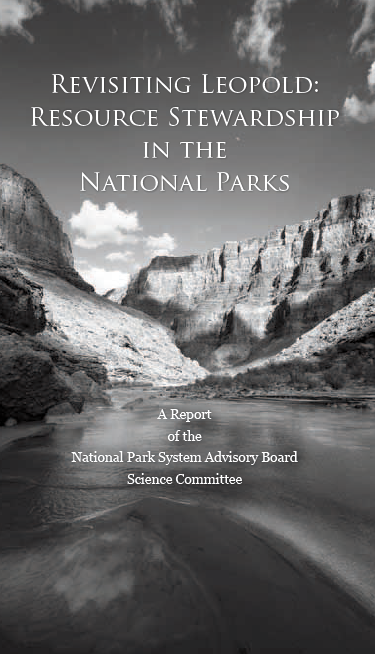 The results of a 12-month effort by a panel of independent scientists to examine resource management in the national parks was delivered to National Park Service Director Jonathan B. Jarvis today (Aug. 24) at Rocky Mountain National Park.

The science committee’s report revisits the 1963 Leopold Report. Written by A. Starker Leopold, a prominent biologist and the son of conservation legend Aldo Leopold, the report set the National Park Service on a course of science-based management of its wildlife populations.

“The Leopold Report has guided our management of natural resources for 50 years,” Jarvis said, “and while still valid in many ways, it needed to be revisited in light of the growing impacts of environmental change and human influences that we are experiencing in national parks and expanded to include the stewardship of cultural and historic resources.

One of the committee’s key recommendations is that the National Park Service should steward its resources for continuous change to preserve ecological integrity and cultural and historical authenticity; provide visitors with transformative experiences and form the core of a national conservation land- and seascape.

“Revisiting Leopold: Resource Stewardship in the National Parks” is the work of an 11-member committee of renowned scientists which includes a Nobel Laureate and two Presidential Medal of Science recipients. The committee chairwoman is the former Director of the National Science Foundation, Rita Colwell, PhD.

“The scientists who worked on this project gave generously of their time and wisdom and I thank them for their extraordinary contributions that will inspire serious discussions of the stewardship challenges we face. Their thoughtful advice and the leadership of Advisory Board Chairman Tony Knowles is much appreciated,” Jarvis said.

“Director Jarvis is to be congratulated for his wisdom in assembling the science committee and charging it with such a fundamentally important task,” Colwell said. “This was an extraordinary experience made urgent by the widespread and rapidly accelerating environmental and social changes facing the national parks.” 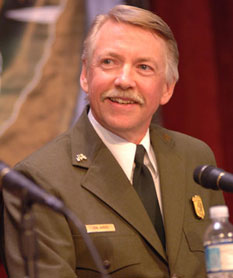 Neil Mulholland, National Park Foundation president and CEO said, “We are dedicated to the promise that our national parks, and all they possess, are protected forever. In keeping with this mission, we are proud to fund a project by eminent scientists to revisit the Leopold Report.”

Jarvis asked committee members to answer three questions: What should be the goals of resource management in the national park system? What policies are necessary to reach those goals? What actions are necessary to implement those policies?

Over the next several months, the National Park Service will hold a series of discussions on the report’s recommendations with its employees, members of the scientific and parks communities and managers of protected areas in other nations. The implications of the report and the comments offered will be thoroughly reviewed before the National Park Service makes decisions about how to move forward.

“Revisiting Leopold” is one of 36 actions announced last year in “A Call to Action,” the National Park Service’s plan to prepare for its centennial in 2016 and its second century of stewardship. The independent science committee report is one of the first tasks completed. Read “A Call to Action” at http://www.nps.gov/calltoaction/