Editor’s note: WOODALLSCM.com will be running a series of articles that look at the winners of some of the National Association of RV Parks and Campgrounds’ (ARVC) Awards of Excellence. This story is part of that series.

The Park of the Year  Awards are a signature part of ARVC’s Awards of Excellence, which are presented annually to standout parks and individuals in the outdoor hospitality industry.

“The parks that receive the Park of the Year Award and the Plan-It Green Park of the Year are at the pinnacle of the industry, and it is incredible to see a park that is able to excel in both categories,” said Paul Bambei, president and CEO of ARVC. “The park is not only a wonderful destination with fantastic amenities but more importantly the owners and staff are focused on creating experiences that are sustainable for generations to come. To win two ARVC Awards of Excellence in the same year shows that Evergreen Campsites & Resort truly belongs at the top of the industry.”

Evergreen Campsites & Resort, owned by Jim Button, is a family-oriented campground that has been growing every year in a steady climb on the path to the top of the industry, noted ARVC officials. Judges praised the park for its “campers first” philosophy that comes through in every action, spearheaded by management that is  “very proactive and involved in the industry, which is reflected in the park.” Not content at just being one of the best, Evergreen Campsites & Resort has put in the extra effort, amenities and processes to earn its first designation as ARVC’s Large Park of the Year. 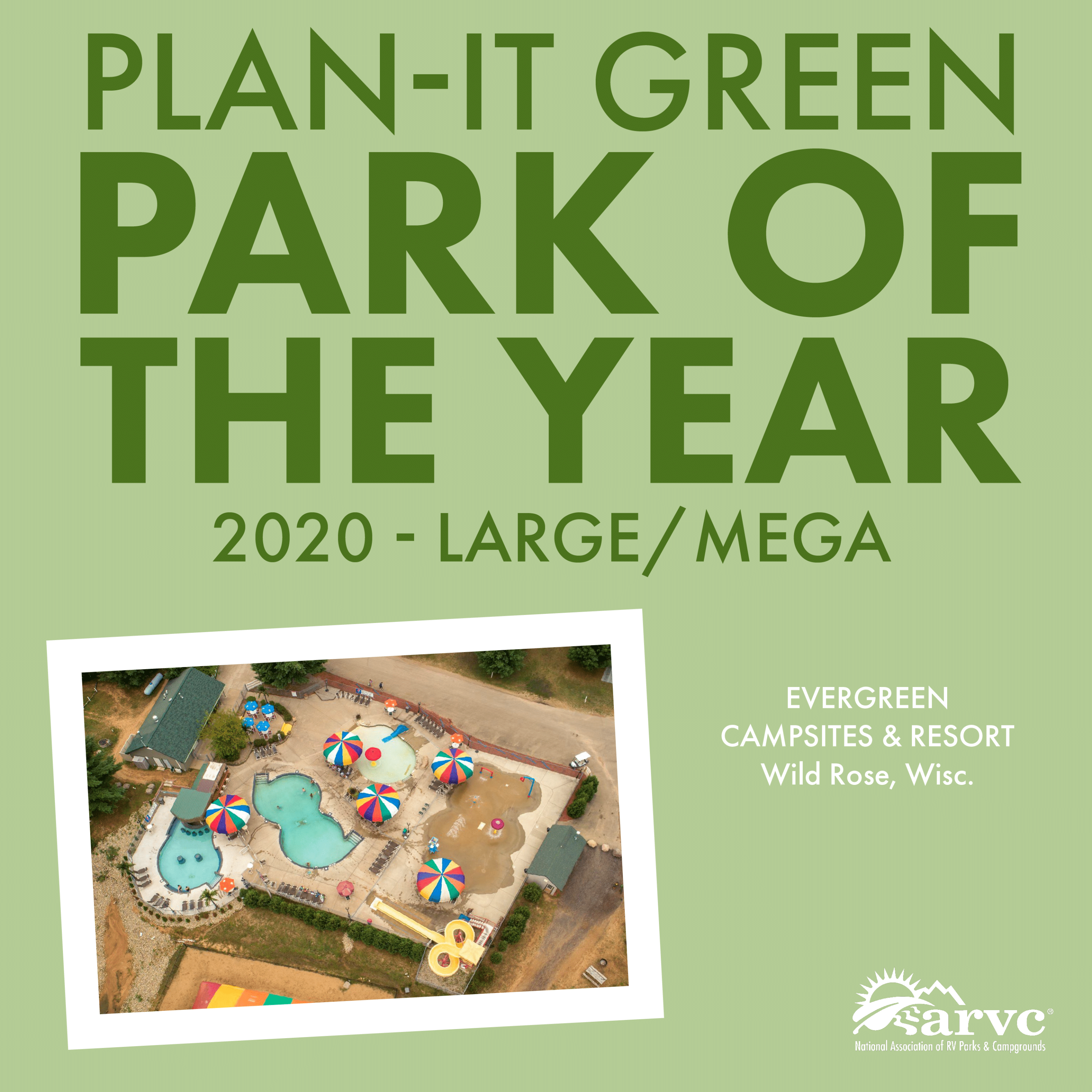 The park also stands out as a leader in the Plan-It Green Friendly Park program, winning that award for the second time. According to one judge, the park has “continually sought to improve its commitment to running a Green Park. Every year they demonstrate new ideas -some large, and some small- but always with a thoughtful commitment to the end goal of energy efficiency.”

Evergreen Campsites & Resort goes above and beyond what is necessary to make sure it adds green solutions and is truly committed to staying “ever green,” to match its name, explained ARVC officials.

The Park of the Year Awards are part of the ARVC Awards of Excellence which are given out every year at OHCE. View the complete list of award winners here: https://www.arvc.org/Blog/2145/ARVC-Parks of-the-Year,-Awards-of-Excellence-Announced