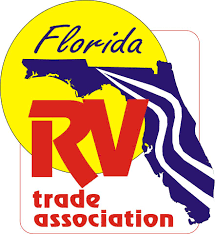 There’s no question that expectations are generally running high for the 2021 installment of the annual Florida RV SuperShow, sponsored by the Florida Recreational Vehicle Trade Association (FRVTA) Jan. 13-17 at the Florida State Fairgrounds in Tampa, Fla. And FRVTA Executive Director Dave Kelly remains optimistic about the show’s prospects year, despite ongoing concerns about the various impacts of the Coronavirus pandemic.

He noted that while crowds won’t likely be as large as in past at the Tampa show, the nation’s largest annual retail RV exposition, there’s still plenty of interest on social media where “people are wanting to come and wanting to go to the show.”

The buildings where booths will be set up are the organizers’ biggest concern, he said, adding that FRVTA’s staff doesn’t want to see too much crowding for obvious reasons. But Kelly, in his first year after replacing long-time FRVTA executive director Lance Wilson, says his staff has plans to address that.”

Kelly added that people these days generally are good about separating and social distancing. “It’ll be interesting,” he said, “and definitely much different than any of the shows we’ve done in the past.”
Another thing the show has going for it this year, maintained Kelly, has to do with other activities in the area. 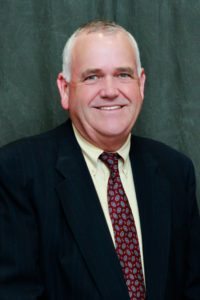 “Over in St. Pete – the same weekend – is a big boat show,” he told WOODALLSCM.com. “So we’re in good company in that we’re not the only event that’s taking place. And the other thing we have is the Super Bowl in February. So, it’s not like things have been totally shut down and people kind of look at it through the prism of where they’re from. Some things up in the Northeast have been closed for months.”

He added that in the state of Florida, none of the dealers ever totally shut down. “Not for one day,” said Kelly. “They were, along with automobile dealers, deemed essential businesses. They’ve been cleaning. They’ve been wearing masks. They’ve been showing RVs. This is not new to them. They’ve had crowds on their lots, so from the dealers’ perspective – the ones who are exhibiting – they’re not concerned about doing what is needed to make it a safe show.”

Kelly, meanwhile, added that the anticipated number of display units is down slightly from previous shows, but mainly because of inventory concerns and OEMs not requiring as much space. “We’ve moved things around and shuffled some of the manufacturers,” he said. “Frankly, the general public wouldn’t even notice the show is any different. We’re using just about all the fairgrounds that we’ve used in the past.”

All in all, he said, the displays will be spread out a bit more this year, giving exhibitors more room and alleviating any potential overcrowding that the show has seen in the past, Kelly said, noting that FRVTA’ staff is taking many precautions to deal with the risk posed by the pandemic.

• Anyone experiencing respiratory symptoms, fever, cough, shortness of breath, sore throat or fatigue or those recently exposed to someone who tested positive, is asked not to attend.
• Temperature checks will be done at all general admission gates and to all rally participants. Temperature threshold will be 100.4. Cooling tents will be available for follow-up checks. Those still over 100.4 will be asked to leave, and parking costs will be refunded.
• Face coverings will be mandatory in all buildings and RVs and any time social distancing is not possible.
• An additional general admission gate has been added, for a total of 3 entrances, to better disperse attendees.
• Hand sanitizing stations will be positioned throughout the show and personal-size sanitizers will be otherwise available in supplier booths, information booths and on all floor managers’ carts.
• Supplier buildings will be sanitized each morning.
• Exhibitors are required to complete a form stating their employees have been vetted.
• People-moving trams will be rotated frequently so they can be sanitized.