Experts Give Tips on Dealing with Unruly Campers

By: Jeff Crider|Published on: May 7, 2021|Categories: Industry News| 0 comments 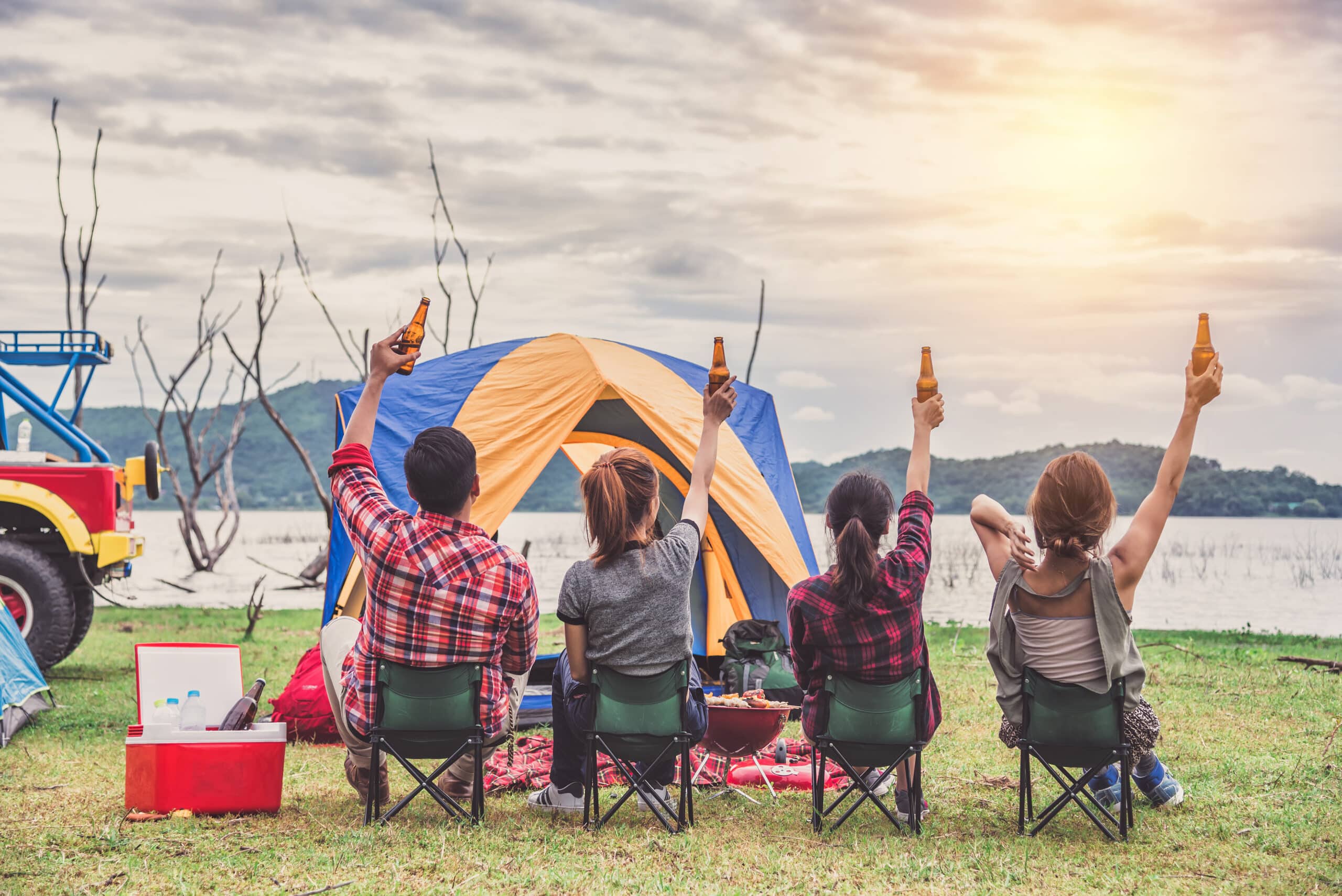 Learning how to deal with campers who are becoming disruptive is a skill that all park employees should have to avoid a situation that leads to negative consequences for a park owner.

Private park operators are gearing up for another record year of camping, with camping and RVing widely considered the safest vacation activity during the COVID-19 pandemic.

But the influx of record numbers of first-time campers has also presented many park operators with a new problem: A significant increase in unruly guests with little or no knowledge of campground etiquette.

Park operators tell WOODALLSCM.com (WCM) that they have seen an increase in disruptive guest behavior, which runs the gamut from people cutting across other’s people’s campsites to not respecting quiet hours or the park’s efforts to enforce COVID-19 health and safety protocols, such as limiting the number of guests allowed at a swimming pool or other water attraction.

She added that some guests felt that by going to a campground they could not only obtain a feeling of pre-pandemic normalcy but “escape the rules of COVID” that have been put into place in most public places across North America.

“The staff certainly walked a very fine line between asking people to comply (with COVID health and safety protocols) and understanding that they may have had a medical issue and maybe that’s why they were not wearing a mask,” Jones noted. “I think there were lessons on our end, lessons in empathy and certainly in patience.”

Other challenges resulted from park guests who took it upon themselves to become “the mask police,” she said.

“We took the opportunity over the winter to have all of our management team complete the course,” Jones said, adding, “Everybody can use a refresher course, even if you are a veteran park operator.” 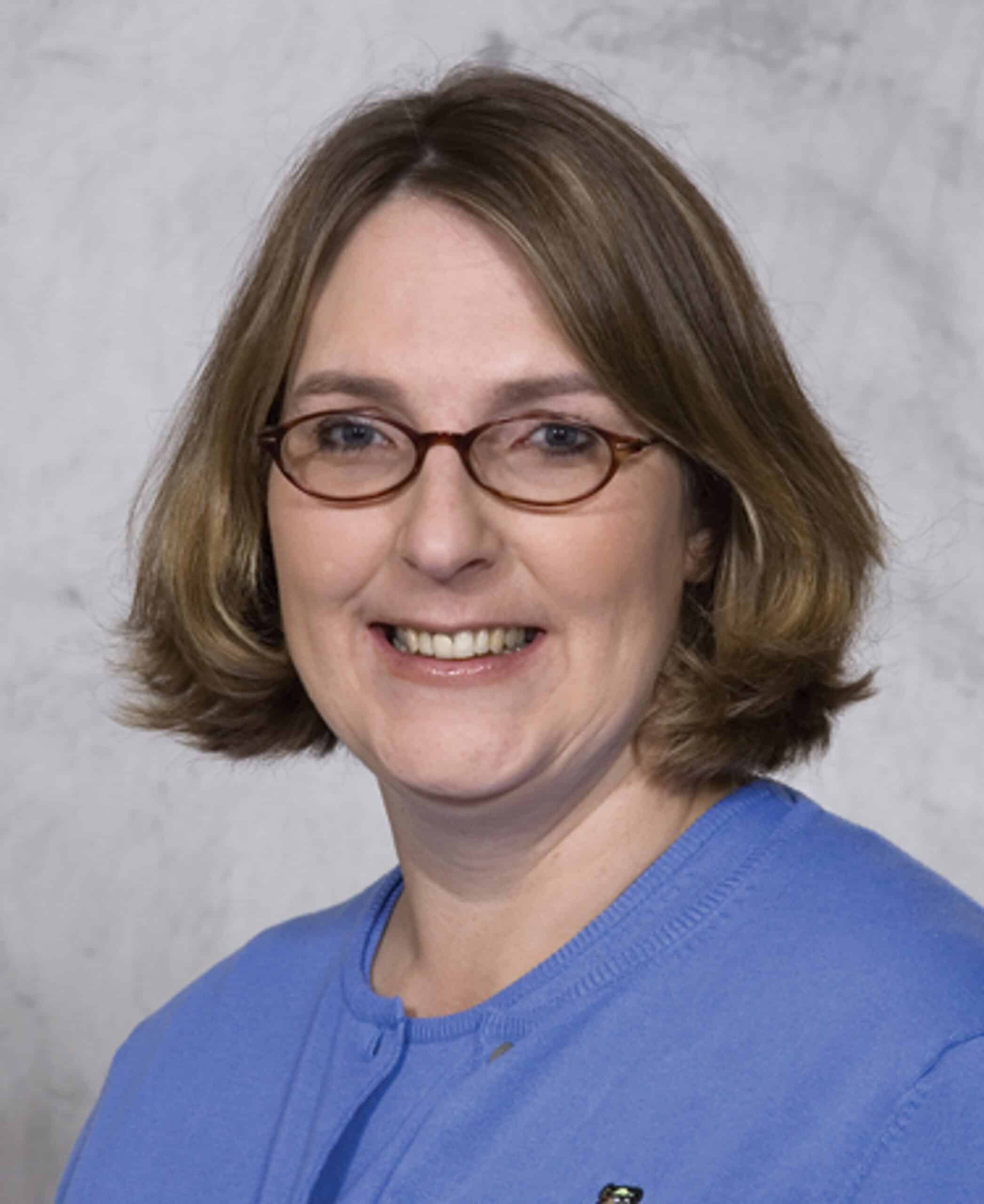 Online courses, which cover topics such as Disney’s approach to leadership excellence, intentional listening and quality service, are available at www.disneyinstitute.com/online-professional-development-courses/.

One topic of park management that warrants particular attention involves the strategies that park operators use to deal with unruly guests.

“Each campground is different in handling fights. We provide our management team with tools to de-escalate situations. You don’t want to meet their threats with threats or escalate the situation,” said Jones, who worked as a social worker at the Maryville Academic in Des Plaines, Ill., for 13 years before going into the campground business.

“A lot of times, how you approach the situation makes a big difference,” she added. “Don’t take an army of 20 with you if there are only two or three you want to calm down. You also have to recognize when the situation is beyond your means. If it involves domestic violence, call the police. Don’t put yourself in danger.”

The tone and volume of voice are also critically important in such situations.

Being simple and direct is also important.

Jones said park operators also have to use extra caution when dealing with intoxicated guests who are disruptive during quiet hours. “Don’t ask guests to leave in the middle of the night,” she explained. “If they have been drinking, you assume liability for them driving. The noise from them packing up could also disturb other campers.”

While there are many important strategies park operators can learn to de-escalate problems involving unruly guests, some park operators are also stepping up their efforts to ensure guests are familiar with park rules before they arrive.

One case in point is Normandy Farms Family Campground in Foxboro, Mass., which requires guests to read and agree to specific park rules before they are allowed into the park.

“We have a list of terms and conditions we give our guests before they even arrive at the park. They have to read and sign it before we give them a gate code,” said park co-owner Marcia Galvin, adding, “We aim for clear expectations, quiet hours and campground etiquette.”

Of course, Galvin concedes that some guests sign off on park rules and regulations without reading them. But there are consequences if they violate park rules. 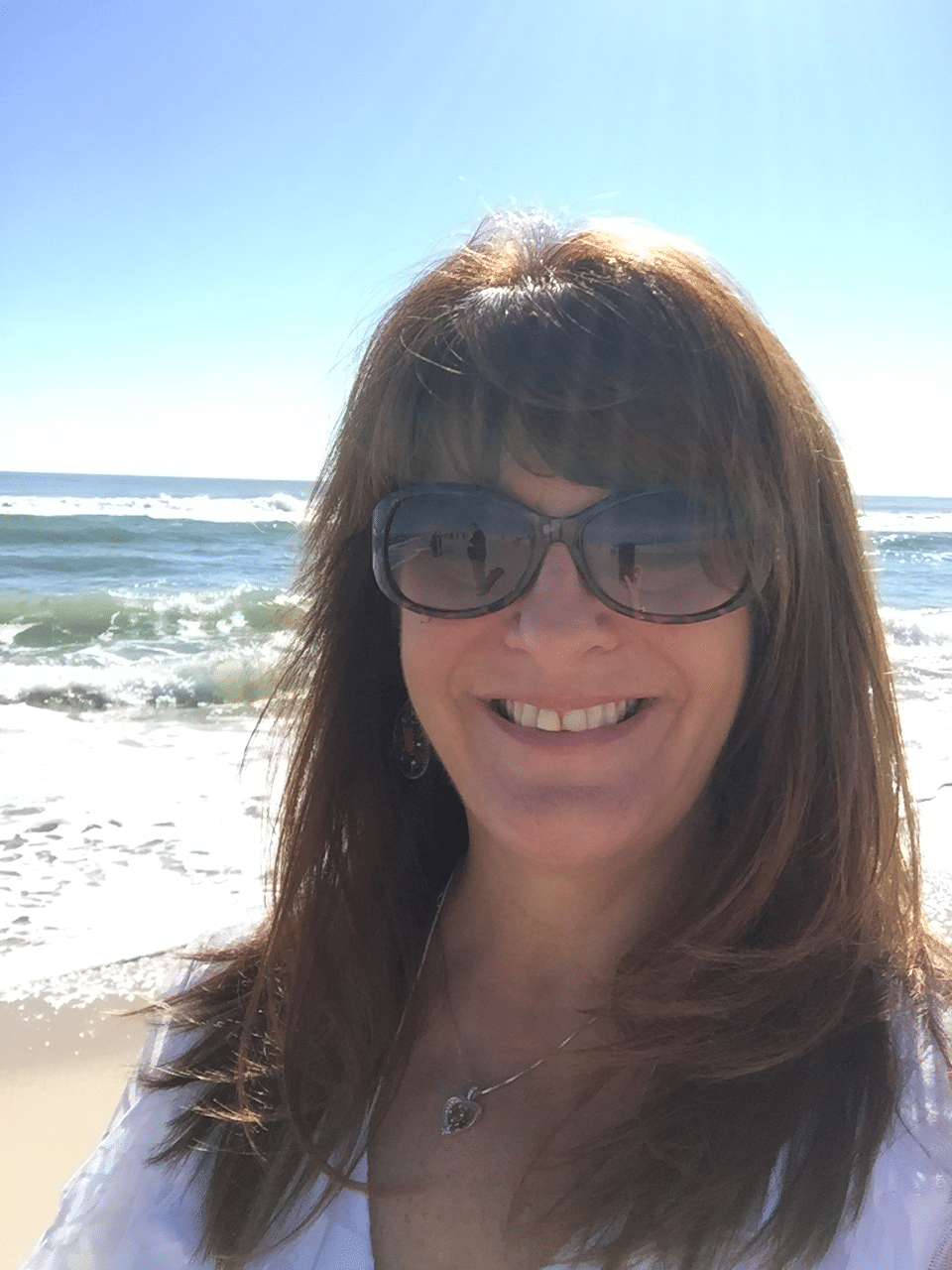 If a guest violates the park’s code of conduct, the guest’s name is flagged in the park’s computer system along with details of the issue and notes on whether the guest complied with park staff requests to follow the rules, whether it involves quiet hours or another issue.

If a noise issue or other issue happens a second time, the guest is given “a code of conduct letter,” which states park rules and expectations.

If the problem happens a third time, the guest is given “a letter of disinvite,” a copy of which is also provided to the local police department. The guest is also told to leave at that time and they will not be welcomed back. The guest’s name is also noted in the park’s computer system so that staff knows not to allow them back.

Galvin said her park typically has more problems with tent campers than RVers. “There are a lot of great tent campers,” she said, but the odds are greater for tent campers being disruptive or otherwise violating park rules.

Still, Galvin said Normandy Farms believes it’s important to continue to accommodate tent campers to provide a place for people to have an introduction to camping.

Galvin and her management team provide about six weeks of training each year for park staff. Her 400-site park has about 100 employees during the peak summer season, with about a third of them being new staff members each year.

“We typically have new training each year, based on what the needs are,” she said, adding that last year’s focus was cleanliness and guest service, this year is courtesy and respect.

Galvin said many of her new campers are hotel guests that have a sense of entitlement. “They are anxious to get out and be campers, but they’re not campers,” she said. “They are newbies who need to learn what camping is all about.”

As a result, she said, staff needs customer service training to help these former hotel guests as they learn how to be campers and learn about proper camping etiquette. 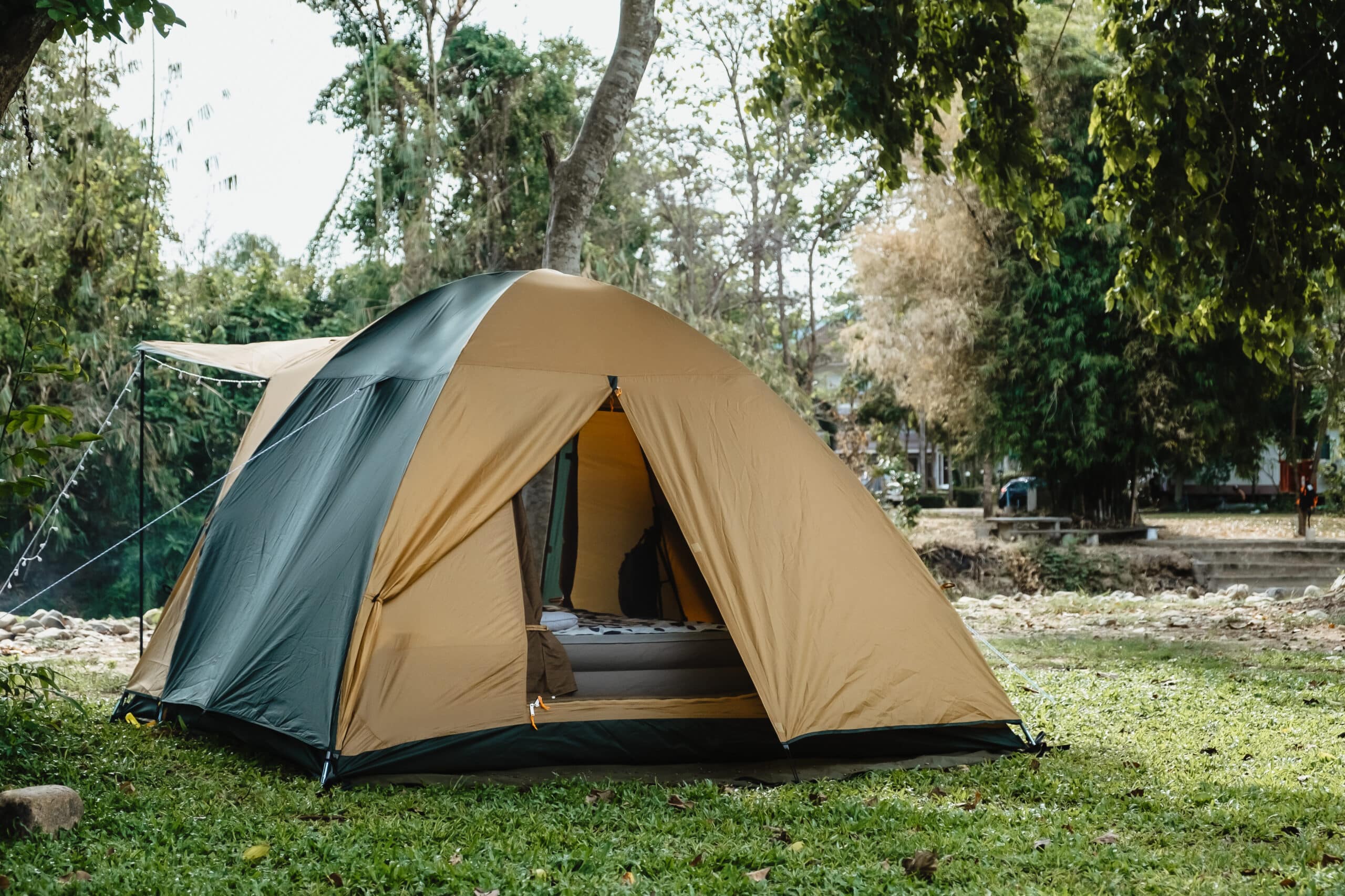 Tent camping is typically a gateway for new campers who are getting into the lifestyle, but it can also be a source of disruptive campers at times, according to experts.

Galvin said her staff is usually able to handle situations involving unruly guests. “If we have an issue with a guest, we send out a two-member team to talk with them. If we can’t de-escalate the situation, we will assess it to see if we need to call the police,” she explained. “Ninety-five percent of the time, we can de-escalate the situation on our own. We do have rangers that have experience and know how far a guest can go before management takes it to the next level. We want our employees to feel safe at work just as much as we want our campers to as well.”

Dan Wright, assistant manager of The Springs at Borrego RV Resort in Borrego Springs, Calif., said he has learned through experience that it also helps to have work campers or camp hosts with law enforcement or high school teaching experience “because they have been trained to deal with rule-breakers and immature behavior.”

Jones, for her part, said there are many places park operators can obtain training for their staff. “Certainly, state and national campground industry associations, the School of RV Park and Campground Management and your franchisor, if you have one. Talk with your chamber of commerce and your local police department. They may come out and do some training as well.”

Kelly added that it is critical for park operators to have good relationships with local police departments too.