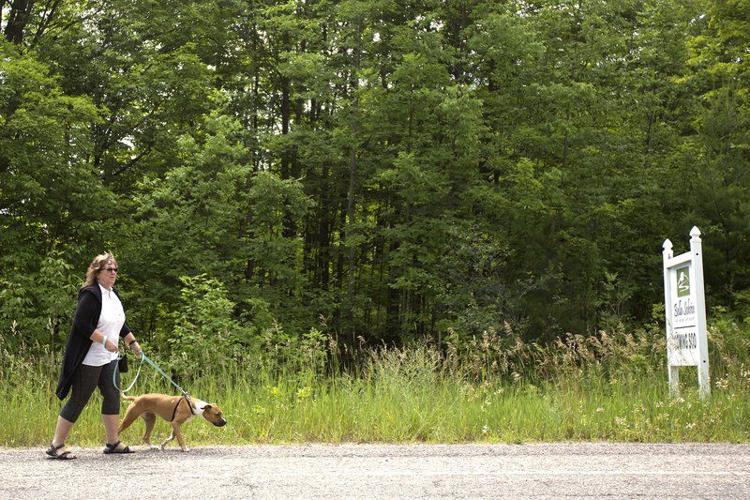 Mary DeAngelis walks her daughter’s dog, Marley, by the property where the Bella Solviva resort was to be built. Record-Eagle file photo

A married couple whose failed plan to open a glamour camping resort in Michigan resulted in multiple larceny convictions will pay restitution to dozens of victims but will spend no time in jail for their crimes, a judge decided, according to the Record-Eagle.

Bradley and Sandra Carlson were each sentenced to pay court costs and nearly $30,000 in restitution, as well as to serve two years probation by 86th District Court Judge Robert Cooney.

“I think it could easily be argued that this should be a jail case, given the amount of money that was taken and the number of victims that were involved,” Cooney said during a sentencing hearing Wednesday (Oct. 13). But he instead followed recommendations included in a plea agreement in which Kristen Stinedurf, an attorney with the Michigan Attorney General’s office who prosecuted the case, did not seek jail time.

The couple had faced up to a year in jail, after being accused of scamming 34 victims out of money paid toward a fancy camping experience, as previously reported.

The Carlsons in 2015 announced their plans for the resort and photos posted to social media and included in press materials of luxury tents, treehouses and novelty villas garnered extensive media attention, as well as people willing to send deposits, records show.