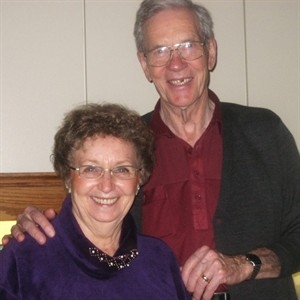 Two years after his parents disappeared from a campground southeast of Edson, Alberta, Bret McCann said it’s been a “nightmare” for his family, but they’ve adjusted.

Lyle McCann, 78, and his wife, Marie, 77, were last seen on the morning of July 3, 2010, buying gas at a local station. Two days later, their motorhome was found engulfed in flames near a Minnow Lake campground southeast of Edson, but the bodies of the elderly St. Albert couple were never found, the Edmonton Journal reported.

RCMP police confirmed this week they were recently searched an area near Chip Lake, 48 miles northeast of Minnow Lake. McCann said it was “encouraging” to hear.

“It’s still very important to us and the RCMP to find my parents’ remains,” McCann said.

At the time of their disappearance the couple was driving to Chiliwack, British Columbia, where they planned to meet their daughter.

Police quickly named Travis Edward Vader as a person of interest in the case, and he was charged with two counts of first-degree murder this spring.

“When he was charged in April it was … a significant thing and quite meaningful to our family,” McCann said.

He meets with the RCMP Major Crimes Unit every six weeks or so to receive an update on the case.

He said it has been a difficult two years and the family is still looking for closure.

“You can just imagine how frustrating it is not to know what happened, so I’m looking forward, my whole family’s looking forward to finally finding out,” McCann said.

McCann said RCMP investigators told him recently that they had “several” other areas to search.

Vader is in custody and his case is winding through the judicial system.

“We’ve come to understand this will take years to resolve, and we’re prepared for that,” McCann said. “It’s a marathon.”

The family and CrimeStoppers are offering a $60,000 reward for information leading to the discovery of the McCann couple.