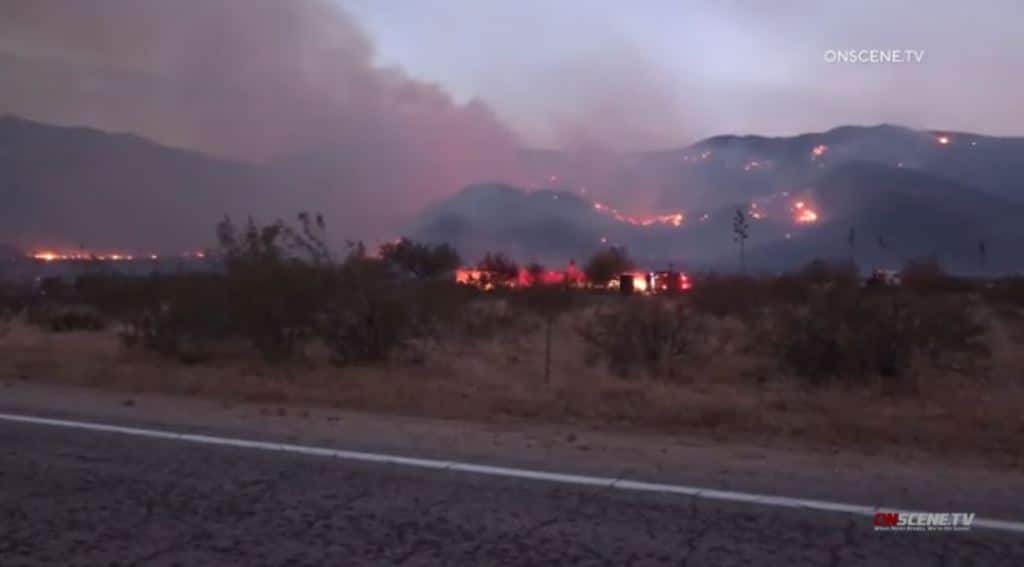 Gusty winds and continued dry weather have caused wildfires to flare up in portions of California, including one blaze in San Diego County that exploded in size over the weekend. And the fire threat is not over yet, according to forecasters.

A brush fire, dubbed the Southern Fire, flared up in the community of Shelter Valley, near Anza-Borrego Desert State Park late Saturday (May 1) afternoon, according to Yahoo News.

The fire was spreading at a “critical rate” shortly after it began, according to CalFire San Diego, exploding in size from 40 acres to 800 acres in about an hour’s time as high winds made their way through the region. As of Sunday night, the fire had burned over 6,500 acres and was 25% contained.

The Southern Fire’s rapid growth prompted the evacuation of around 500 people at the Butterfield Ranch campground on Saturday, according to the Times of San Diego. Three structures have reportedly been destroyed.

More than 200 firefighters are working to contain the blaze, and strong winds have not been the only element of Mother Nature that crews are battling. Early Sunday, low clouds kept firefighting aircraft from taking off, according to the Los Angeles Times.