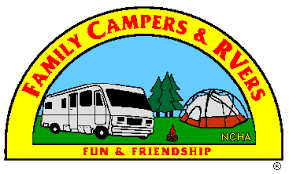 The organization was founded on July 4, 1949, by a New York businessman named Hank Nathan who shared his campfire with some other campers in Bushkill Falls, N.Y.

The group camped together again and invited other families, and by 1956 had grown into a national organization called the National Campers & Hikers Association (NCHA). They helped people learn about camping equipment, locate good campsites and set up activities.

The organization’s growth followed the RV boom and in the early 1970s NCHA had more than 77,000 families in the U.S. and Canada. The group became known not only for fun and friendship, but also for conservation projects in their home areas. With its legislative watch, it was also known as an advocate for campers’ rights.

Although the word hikers was part of the original name, NCHA was and is a camping and RV organization, open to any type of camping equipment. To reflect this, in 1993 NCHA adopted the trade name Family Campers & RVers.

Other programs developed over the years to benefit members include travalongs, disaster awareness training, hiking, campground and other discounts, youth, teen, and retiree programs.

The two biggest events of the year are the National Campvention, or rally in July, and the winter Retiree Rally in the sun belt.

The 2018 Campvention is in Doswell, Va., at Meadow Event Park from July 9 – 13 and the winter Retiree Rally will be held in Tallahassee, Fla., at the North Florida Fairgrounds from March 20 – 25.

Campvention locations are on a rotation between 8 regions of membership in the U.S. and Canada. The Regional and State/Provincial FCRV Directors find a site with facilities big enough for 300–400 RVs and submit a bid to the Board of Trustees for approval.

There are local chapters all over the U. S. and Canada, and they sponsor low cost local, state/provincial, and regional campouts. A calendar of events is published in Camping Today online and on the FCRV website at www.fcrv.org.