In the Recreation Vehicle Industry Association’s (RVIA’s) February survey of manufacturers, RV wholesale shipments to retailers accelerated to 35,929 units this year, a 13.9% increase over last month and a 12.1% increase over this same month one year ago.

Through the first two months this year shipments have reached 67,455 units, an 11.4% gain over this same two-month period last year. Continuing a trend established a number of months ago, towable RVs have increased by the largest unit totals while motorhomes reported the greatest percentage gains over the previous year.

Increased employment and greater consumer discretionary income have been the driving force behind recent consumer spending increases, which factored heavily into the increase in RV shipments. This month’s total was the best February in 39 years and represents an annualized rate of more than 425,000 units. It also marks the best such annualized rate since late 2005. 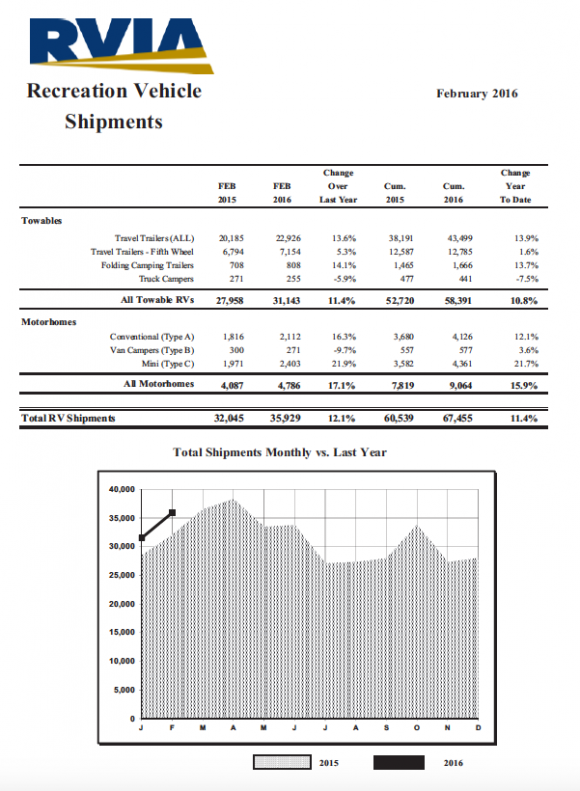