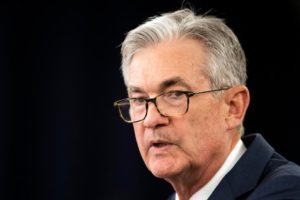 Against a backdrop of global and domestic economic uncertainty, the Federal Reserve announced its second interest rate cut of the year — a move America’s central bank hopes will bolster markets and business investment as chatter of a pending recession grows louder.

U.S. News & World Report reported that citing “implications of global developments for the economic outlook” and “muted inflation pressures” in a statement published after central bankers’ two-day meeting in Washington, the Fed justified lowering its benchmark interest rate and left the door open for further cuts in the months ahead.

The lowering of U.S. interest rates will likely please President Donald Trump – though Wednesday’s modest cut will almost certainly not go far enough to ease America’s monetary policy in the eyes of the president. Trump has for months publicly castigated Powell for not more aggressively reducing U.S. interest rates to support his ongoing trade dispute with China.

On Monday (Sept. 15), Trump tweeted that other countries were “lucky” in their dealings with the United States because “Jay Powell & the Fed don’t have a clue.” He has repeatedly suggested the U.S. could adopt negative interest rates – an unprecedented suggestion for America’s central bank, especially considering the U.S. economy is in the midst of its longest expansion on record and has yet to enter recessionary territory.