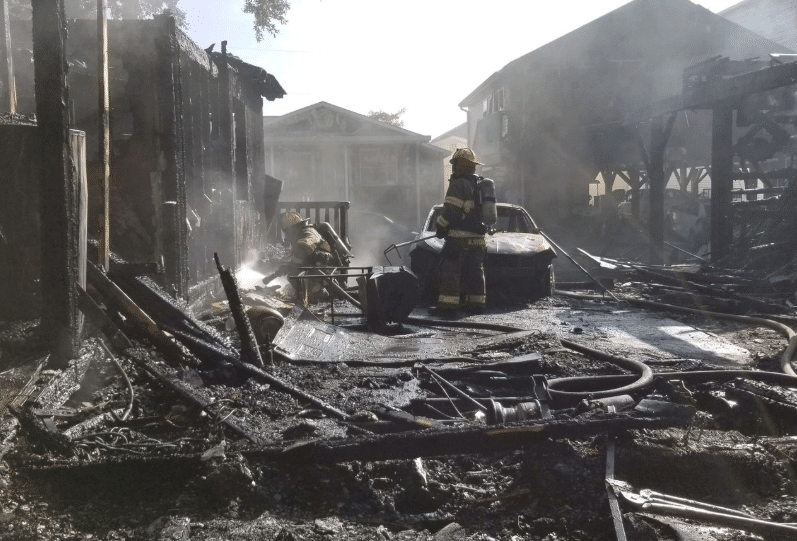 Horry County (S.C.) Fire Rescue officials are investigating a large fire that broke out on Neptune Road in the Ocean Lakes Family Campground early this morning (July 31), according to ABC 15.

Horry County Fire Chief Joey Tanner said the fire broke out around 4:44 a.m. When crews arrived, there were two to three buildings completely on fire.

Tanner said 10 buildings were damaged by the fire, with five significantly damaged and three completely destroyed and collapsed.

He added that no one in the homes was hurt, but that two firefighters were taken to the hospital for heat exhaustion.

Tanner said at least 45 people were affected by the fire in some way and that the department and the American Red Cross are helping those people.

He said people were either woken up because of the fire or by neighbors telling them to get out.

Right now, Tanner said they don’t know the cause of the fire.

“The investigation is just beginning and there is lots of debris to go through for the cause of the fire,” he said.

To look at more pictures of the fire, click here.