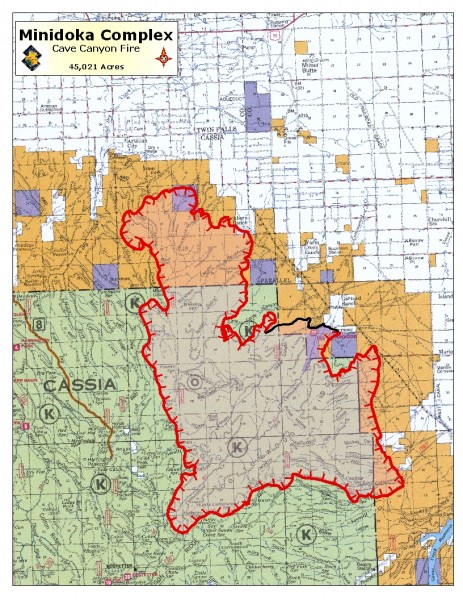 Map shows the location of the Cave Canyon Fire which is raging south of Twin Falls, Idaho. Map courtesy of the Twin Falls Times-News.

The evacuation applies to the areas near 2900 North, south of Hansen. A voluntary evacuation was implemented shortly after 10 p.m., according to emergency dispatchers.

Campgrounds south of Hansen and Murtaugh were being closed late Thursday and all nonessential traffic to the South Hills was being cut off.