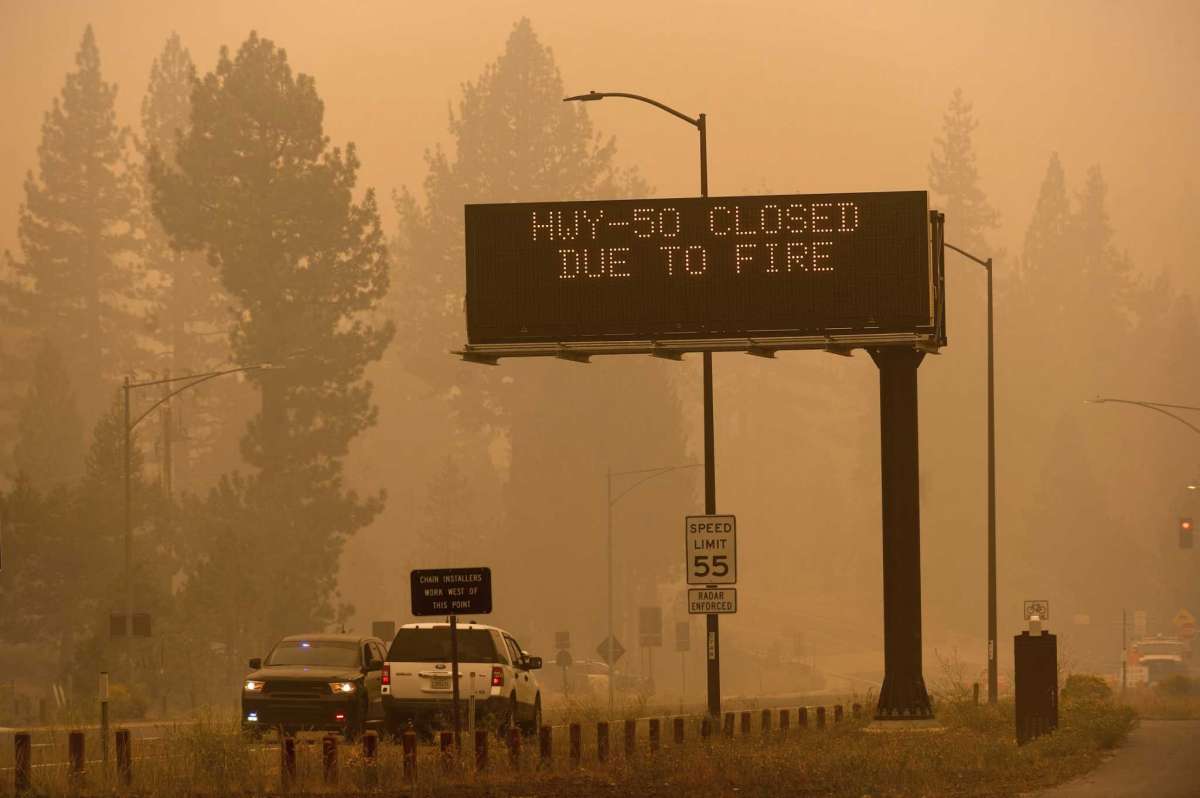 A sign in Eldorado County, Calif., warns motorists about the closure of Highway 50, which is shut down in both directions due to the Caldor Fire, on Friday, Aug. 27, 2021. Noah Berger/AP

Cal Fire issued updated evacuation warnings for El Dorado County, Calif., that include the remainder of the South Lake Tahoe Basin. The agency’s update included new evacuation orders for El Dorado and Alpine counties, according to the SF Gate.

After starting the day with 19% containment, crews are back down to 13% after a brutal day on the fire lines. The fire has burned 168,387 acres as of Sunday evening.

“Everything is burning different today. We’re seeing movement like we saw about 15 days ago,” Cal Fire operations section chief Eric Schwab said at the Sunday evening briefing. “A couple days ago I really felt like we were turning the corner with it… To put it in perspective, we’ve been seeing less than a half-mile of movement on the fire’s perimeter for the last couple weeks each day. Today, this is already moved about two and a half miles with no sign it’s about to slow down.”

As a result, additional evacuation orders for Amador, El Dorado and Alpine counties were issued on Sunday afternoon. The new orders include the town of Meyers, which is a little less than three miles from the Lake Tahoe Airport. The fire is raging on both sides of Highway 50 near Twin Bridges. “It’s impassable right now,” Schwab said.