By: Jeff Crider|Published on: May 18, 2021|Categories: Industry News| 0 comments 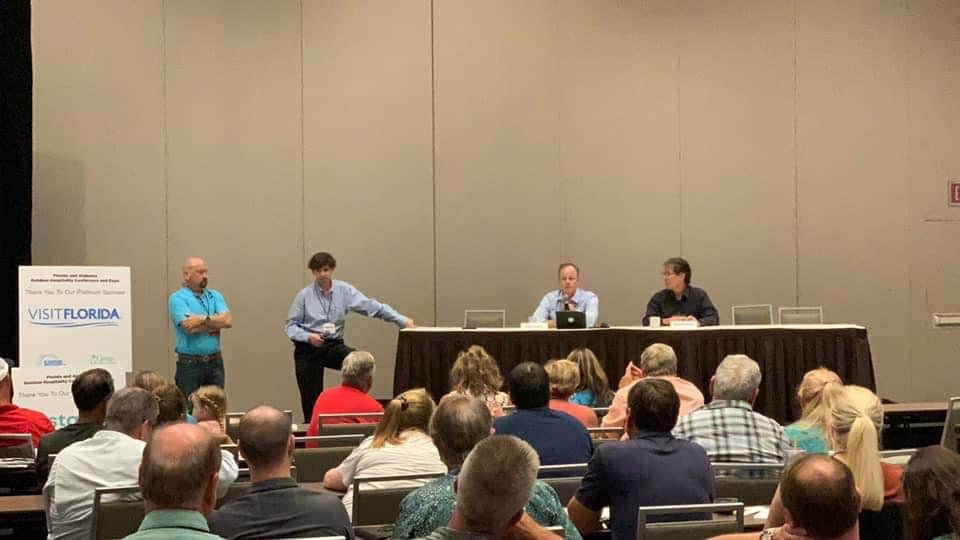 Attendees to the conference were able to take in a number of conferences designed to help them improve or develop their parks.

“Get to know your planning and zoning folks,” said Brian Faircloth, who developed Madison RV Park and Golf Club in Madison, Fla. “Talk to them about your plans, your vision. Get to them first, especially if you are going to be involved in public hearings. People don’t really understand who we are and what we’re trying to do and the caliber of people we’re trying to bring in.”

Faircloth speaks from experience, having gone through the school of hard knocks when he developed his park.

“I didn’t do this,” he said. “I thought it would be easy. The government wanted us to be there, but the neighborhood behind us did not.”

“The networking here is so important,” he said. “There are so many people here who have developed parks. The more you talk to them, the more successful you’re going to be.”

“Find out upfront what their heartburn is so you know how to address it,” Anthony explained.

Jayne Cohen, of the Gorin+Cohen Consulting Group, said it’s critical for developers to do the right planning.

“Do a marketing study. Then do a feasibility study,” she said. “Work with a land planner who has drawn RV parks before. This becomes part of your marketing to the zoning board and to the lender.”

Banks, for their part, love to see feasibility studies, Cohen said, adding that parks that do thorough planning upfront come out ahead in the long run. “I think in the end you come out with a park that is the right thing and you position yourself for success,” she noted.