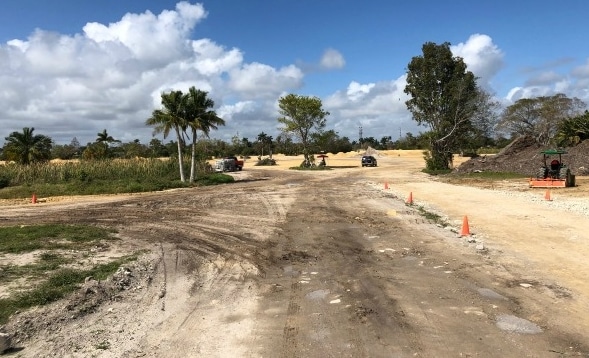 Hollywood, Fla.’s hopes of purchasing a former golf course for use as a nature preserve and public park could disappear with the property owner’s new plans to transform the 45.3-acre site into a campground and RV park, according to the Florida Bulldog.

The city has earmarked as much as $12 million from last year’s voter-approved general obligation bond to buy the former Sunset Golf Course owned by Richgreens, a limited partnership run by businessman Richmond Italia. But as negotiations have dragged on, Italia has applied for a permit to develop the RV park.

Italia has offered to sell for $14.3 million. In an interview, he explained that the number covers his total investment in the property, including carrying costs he’s absorbed since he bought it four years ago and a modest profit. The city recently countered with an offer of $9 million.

With the two sides far apart, city officials including Assistant City Manager George Keller met with Italia and his lawyer Thursday (Feb. 13) in a last-ditch effort to make the sale happen before Italia proceeds with his plans for the RV park. He said the city gave him a letter “clarifying” that the property is zoned for such use.

“It was a very cordial meeting,” Italia said. “They want to close the gap so they can put a final proposal to the city commission, but we didn’t get any closer. What they asked was for me to consider their offer over the weekend and come out with my absolute best price and present it at next week’s meeting for a yes or no vote.

“Both sides agreed that if we don’t come to a deal we’re done. They’ll let me do my RV park,” he added.

Hollywood spokeswoman Raelin Storey said much the same, noting that the matter is set to be heard by the commission at next Wednesday’s meeting.

Storey explained that the city and Italia have based their proposed sale prices on appraisals each has obtained. “Mr. Italia has suggested that he is willing to try and negotiate and end up somewhere in the middle,” she said. “If not, he’ll have to decide whether he can move forward by going through the process to do what is allowed by code.”