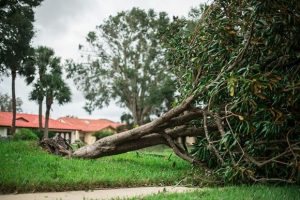 Florida continues to spend about $2.4 million a week to clean up debris strewn across state waters during Hurricane Irma two months ago.

According to OrlandoWeekly.com, the state money could soon run dry, even as the weekly costs grow with the cleanup moving deeper into counties more heavily damaged by the storm.

Department of Environmental Protection Deputy Secretary David Clark told members of the House Select Committee on Hurricane Response and Preparedness on Monday (Nov. 13) that by early next year the state may use up the $36 million allocated to the agency for storm-debris cleanup.

“At the current pace, we’re spending about $2.4 million a week to do the waterway cleanup,” Clark said. “At that pace, we’re going to run out of money by the time we get into session at the beginning of January or sooner.”

Chairwoman Jeanette Nunez, R-Miami, has said she expects legislation to come out of the committee in mid-December.

The state expects to receive at least 75% reimbursement for its expenses from the Federal Emergency Management Agency.