For 49 Years Wisc. Jellystone Is Owned By Same Family 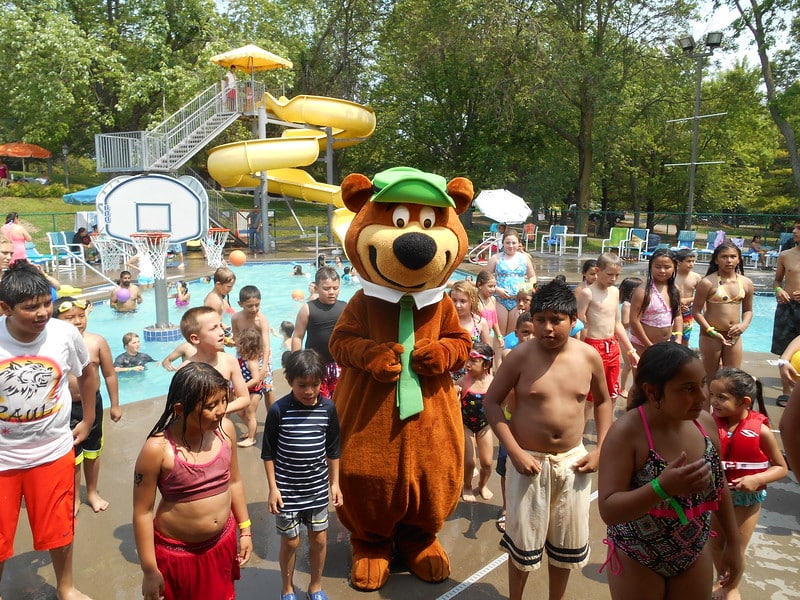 “Three generations of my family have owned and operated this campground for over 49 years,” said Brent Gasser, a second generation owner and operator of the park, which was established in 1970 by his parents, David and Elinore Gasser, as the third Jellystone Park in the franchise network that has grown to include more than 80 locations across North America.

Brent Gasser currently runs the park with his children, Brennan, Katrina, Cate, Brent, Natalie and Chris, with a total summer season staff of 65 employees, including 39 international exchange students from Thailand, Turkey, and Jordan who are working at the park with three-month visas.

During their 49-year history, the Gasser family and their employees have earned more than 100 campground industry awards and employed more than 1,000 international exchange students from 50 countries.

Gasser said he and his staff take great pride in creating a park setting and activities that are welcoming to families. He said they achieve this by continually looking for ways to improve park operations and the guest experience.

Park improvements for 2019 include newly renovated bathrooms throughout the park and new decorations for the park’s Boo Boo Chalets, which sleep up to eight people and include full bathrooms, kitchens and great rooms that are set up in wooded locations overlooking Mirror Lake.

“We are immersing our guests in a full character experience with daily visits from Boo Boo to their log cabin,” Gasser said.

The Gasser family has also expanded its new recycling and compost program and is now utilizing Yogi Bear, Boo Boo and Cindy Bear to make it kid and family friendly.

“Each guest will be given a blue recyclable bag and green compost bag upon arrival and directed to the many recycle stations throughout the park,” Gasser said. “We hope to reduce landfill waste by 40% this year. Last year, we tested the program and reduced the amount of garbage by 25% and recycled many products back into the environment in useful ways.”

The Jellystone Park in the Wisconsin Dells is also the only campground in the Waterpark Capital of the World that features 12 hours of daily planned activities and 20 consecutive theme weeks with special events, including a Halloween Week during the last week of July that includes the only Haunted House in the Wisconsin Dells.

“One of our most popular weeks is our Hawaiian Paradise Week during the first week of August, which has its main event Saturday, Aug. 3rd, with entertainers that have performed on the Oprah Winfrey Show. We’ll also have free food and dancing under candlelights around the pool,” Gasser said.

To see a complete activity schedule, as well as information on RV and tent sites and rental cabins, please visit www.dellsjellystone.com.