Forecast: RV Shipments to Rise Over Next Two Years 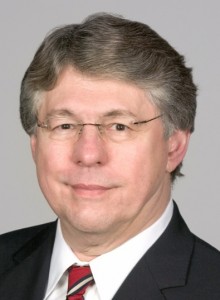 According to a new forecast by RV industry analyst Richard Curtin, released at the Recreation Vehicle Industry Association’s (RVIA) Joint Committee Luncheon today (June 11), shipments will rise to 280,000 units in 2013, a gain of 3.8 percent from the projected total for 2012.

“RVs are a bellwether industry,” said Curtin, director of consumer surveys at the University of Michigan, who produces the monthly Index of Consumer Sentiment, during his presentation to RVIA members at the association’s annual Committee Week. “I expect the RV market to consistently grow at a moderate pace over the next two years.”

The industry’s growth is a sign of the RV’s position in American culture, Curtin told RVIA members at the luncheon. According to Curtin, RVs have always been purchased as a means of achieving some valued outcome. Evidence from recent studies continue to support the traditional industry label of RVs being a family-oriented product.

The positive RV outlook comes at a time when fundamental changes have taken root in the economy, in consumer demand, and in the RV market.

“Future RV buyers will be both younger and older than before,” said Curtin. “They will likely have more limited budgets, own smaller tow vehicles, and will live and play in different locations.”

“The RV’s iconic status is based on consumers’ strong desire to own an RV,” said Curtin. “This reflects deeply held family values, the enduring appeal of the natural environment, and people’s desire to instill in the next generation their cherished traditions.”

While Curtin anticipates that core demand for RVs will remain strong in the decades ahead, he said the RV units themselves will continue to evolve at an escalating pace.

“Just as today’s vehicles are similar, but completely different than yesterday’s, tomorrow’s RVs need to be transformed to meet the needs of an ever-changing consumer,” Curtin said.

“Consumers have only begun to express their changing RV preferences to match their changing economic circumstances and lifestyles,” Curtin said. “Consumers want an equivalent RV experience at a price that meets their new budget constraints. These limitations are likely to persist for some years to come. Importantly, lasting gains will come from innovative features and quality improvements based on a consumer-centric approach to each segment.”