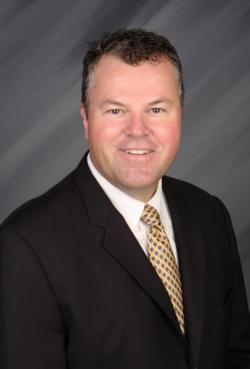 It took all of three months of retirement for Robin Braig to grow restless.

Morgan RV Resorts is a chain of privately owned RV park corporation with over 40 RV resorts including NASCAR designated resorts.

While Braig’s thoughts are sure to be in Daytona on Feb. 20, his new position will deliver no less fun and exhilaration.

“It will be a different version of all that craziness. Morgan RV Resorts are open every day, seven days a week, 24 hours a day. There is plenty of excitement at those RV resorts to keep my attention. It’s like working with 50 race tracks around the country,” said Braig.

Before reaching the pinnacle of success in the motorsports management field, Braig started his career on the lowest rung one can imagine in the sports world: making cotton candy, driving the team bus and washing uniforms for the Los Angeles Dodgers’ Class A Team in Vero Beach. But Braig quickly advanced serving first as head of promotions for the Golden State Warriors and then, as Anheuser-Busch’s Sports Marketing Department head. After 16 years with Anheuser-Busch, Braig made the jump to NASCAR, managing Phoenix International Raceway for three years before taking helm of the most coveted motorsports facility management job in NASCAR.

At first glance, it might seem peculiar that the RV business would appeal to Braig. His business contacts are deep and his experience vast and so, he could have selected from a number of new, challenging ventures. However, as a lifelong camper and lover of the outdoors, when Braig decided that retirement was not for him, Morgan RV Resorts immediately came to mind.

Recalling memories of family camping trips with his parents and sisters in a converted school bus borrowed from his Uncle Brownie, Braig fondly remembered driving from Ohio to California thinking that they were “the bomb” as they rolled in to Yellowstone and Black Hills. “It was a blast at each destination with campfires and hikes and meeting new people. That stuck with me,” said Braig.

Braig had interacted with Bob Moser, president of Morgan RV Resorts, on the licensing deal that formed NASCAR RV Resorts. Admiring Moser’s energy and creative business instincts, Braig put on a courtship of sorts to Moser because in his words, “the squeaky wheel gets the oil.” Moser, after severally phone calls and even flowers, decided to give Braig a chance.

Characterizing it as “a wild ride already,” Braig is confident that the skill he most regularly employed while working as President of DIS that will bring the most value to his new role is guest services.

“There is no difference between race guests rolling in to The Daytona 500 or a Morgan RV Resort. We ask a fair price to experience our resorts and we have to deliver. From the first person our guests meet at check-in to the pool attendant to the activities director, we all have to be in sync,” explained Braig.

After leaving Daytona, Braig set sail for the Florida Keys where he now lives in Key Largo with his rescue dog Schrader (who is named after race car driver Kenny Schrader).