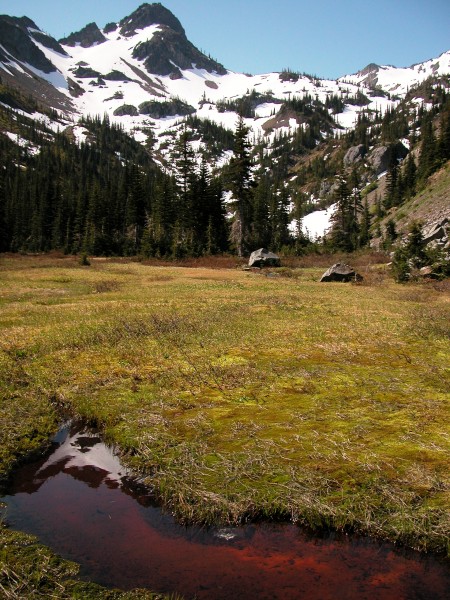 While higher elevations are still buried under many feet of snow, new leaves and early wildflowers are emerging along lowland trails and roads in Washington’s Olympic National Park.

Many facilities will be open for National Park Week, when entrance into the park is free, beginning Saturday (April 21), the Peninsula Daily News reported.

Visitors can enter the park for free from Saturday through April 29.

While winter has been mild in the lowlands, snowfall in the mountains has been greater than normal.

Nearly 12 feet of snow covers the ground at Hurricane Ridge, and as of April 1, the snowpack in the Olympic Mountains was approximately 160 percent of average.

That means high country roads and trails are expected to open later than normal, Suess said.

Entrance fees, when they are in effect, are $15 per vehicle and $5 per individual on foot, bicycles or motorcycles for up to seven consecutive days at any park entrance.

An annual pass good for one year costs $30.