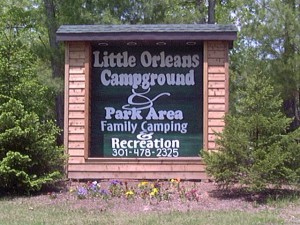 A dispute over services and fees at an Allegany County, Md., campground has sparked a bill in Annapolis.

The park is located on 222 acres of woodlands in the Upper Potomac River valley in western Maryland.

During a hearing on his bill, Myers said the campground is battling a couple that lives there permanently.

The question is whether the campground had to go through the state Public Service Commission to set rates for services to the couple.

The PSC ruled in December 2010 that the campground’s water and sewer services are incidental to its primary purpose, so the facility should not be considered a “public service company.”

Edward J. and Barbara A. Fisher filed the challenge against the campground.

Reached by phone on Wednesday, Edward Fisher, who wasn’t aware of the bill, said he and his wife moved from Williamsport to the campground in 2005.

They bought what they understood to be a residential lot and built a home.

Fisher said the campground later tried to impose a fee for services nearly three times what others pay because the couple would use their lot more than 125 days a year, even though that provision wasn’t in their deed.

The dispute has been the subject of court cases.

Edward Fisher said the couple, who are still living on the lot, also are appealing the PSC decision in court.

Todd R. Chason, an attorney representing the campground, asked the committee on Wednesday to codify the PSC ruling.

Donna Wallizer, a co-owner of the campground, wrote in a letter to the committee that the campground sold the lot to the Fishers in 2003, but didn’t know the couple would live there full time, which was not allowed in a restrictive covenant.

She wrote that owners of private parks like theirs should be able to provide green space, pay taxes and create jobs “without fear of yet more regulation and litigation.”