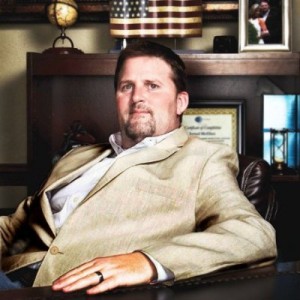 As the nation shifted its attention last week to Florida and the aftermath of Hurricane Irma, a heart-wrenching drama continued to play out in Texas as thousands of Lone Star State residents try to resolve real-life housing issues in several Gulf Coast communities that experienced catastrophic flooding in late August when Hurricane Harvey dumped 40 to 52 inches of rain on the Houston area.

And, as the Federal Emergency Management Agency (FEMA) methodically draws up plans for massive housing assistance that may or may not further impact the RV industry, front-line RV dealers like Jarrod McGhee, owner and CEO of Fun Town RV, a 10-store dealership based in the Fort Worth suburb of Cleburne, are already posting plenty of temporary housing sales – much of it to individuals with insurance settlements and companies buying units for their employees in a pre-FEMA wave that requires no federal assistance.

RVBUSINESS.com spoke this weekend (Sept. 16) with McGhee, a retailer of Gulf Stream, Heartland, Keystone, and Forest River products who was particularly well positioned – for several reasons — to service this initial wave of demand for emergency housing.

RVB: What can you tell us at this point, Jarrod, about your post-Harvey sales?

McGhee: Well, they’re actually through the roof for several different reasons. Everybody right now is all abuzz about the thousand units FEMA just requested, and we’re going to be participating in that. But the big thing right now is that consumer demand has gone through the roof.

We have folks getting insurance checks that are lined up trying to come in here one by one and we’re starting to sell big groups to companies who are buying RVs for their employees to stay in. It’s that difficult to find housing for their people right now. There are not enough hotels or anything like that for them, so we’ve had four major companies come in and buy packages of 30 or more units from us that we’ve shipped down there.

What we’re doing is we’re getting them ready at our new facility that we opened up last month near our main dealership — a large 50-acre hub that has 25 drive-through bays for 18-wheelers. We’ve converted this over to what we call the FTRV Excellence Center, and I’ve got some outside consultants here helping me set up to run these trailers through. We were doing our sales-ready inspections here. Now we’ve converted it temporarily to a center to get these units shipped down to the coast. 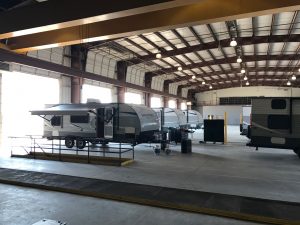 RVB: So, this is something you had going well before the hurricane hit?

McGhee: Yes, we were working on this last year after I got together with our manufacturers. I started this up in Indiana with Recreational Specialists, the company I contracted to start looking at pre-showing inspection issues on these units before they ever went to the lots.

So, now we hub all of our inventory straight from the factory into here. We do our sales-ready inspection to make sure we’re not putting anything out on the line that’s not 100% ready to go to the customer, and then we’re shipping them to my stores. About the time I got the place opened and started rolling is when the hurricane struck, and we were able to quickly convert it to a facility to get these units ready to go to the coast.

And we’re lucky we had this. If we wouldn’t have had this facility, we wouldn’t be able to be shipping the quantities we are. It takes a lot of room to get groups of 50 units ready all at the same time, get them packed up, and get the dispatching done correctly. We’re going straight to peoples’ houses with these units. And then we’ll send a walk-through pro down there to help them out right there in their front yards where these people are going to live while they’re rebuilding their homes. They need a place to live. That’s how we’re getting them to the folks.

RVB: Where, in particular, are many of these units headed?

McGhee: Well, Beaumont and Port Arthur have gotten the bulk of them so far. Port Arthur is just decimated. Those poor folks down there got hit very hard. Beaumont was hit very hard. There’s no hotels, there’s no place to put these people. There’s people that have been without places to live that have been staying with other people or even in tents for two weeks down there. And it’s hot. Mosquitoes are everywhere. No air conditioning. Very few supplies. The nation has kind of shifted its attention to Florida, but it’s still very bad down there in parts of south Texas.

McGhee: Well, I was in a unique spot. I’ve been buying all summer. I kind of buy out of cycle compared to most of the other dealers. I buy really heavy in June and July, and I’d already had about 2,500 units on the ground in Texas. I probably had another 2,000 in transit between all of my manufacturers, and I was ordering more before the hurricane hit just getting prepared to fill my lots back up.

Then, of course, we had the Open House coming up, and I planned on buying up there. Between what I had on the ground and what I had coming, I had 4,500 to 5,000 units at my fingertips before the hurricane hit.

I just kind of lucked into having the inventory available. You know, it’s a bad situation, but I was glad that I did already have it on the way. I’ve got units coming off line for the next three months. 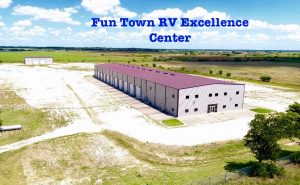 RVB: It’s pretty impressive how many of these companies are going way out of their way to help out their employees, isn’t it?

McGhee: One of the cool things we’re seeing is how these companies are just going out and taking care of their own people, which is, I think, outstanding. I can’t really say their (company) names because I don’t want anybody poaching my customers and because I don’t think they (the corporate buyers) want everybody to know what they’re doing.

But they’re buying their employees these trailers to live in, and we’ve been putting together camping packages for them so they have everything they need. One of the things I think we all need to focus on – and Forest River just distributed a letter saying as much – is making sure we take care of these folks so we don’t have the same problems that happened in the past where we just give them an RV and they don’t understand how to use it properly and how to get it prepared properly before it goes to the customer.

We’re sending specialists down there in the field to make sure they understand how they use the water, the black tank, the gray tank and the water heater among other things. And I really think that everybody would be doing the industry a favor — and the consumers a favor — if they’d really take some time to make sure all these folks who are going to be living in RVs understand how to operate one correctly.

RVB: It’s amazing how this whole discussion precludes all of the FEMA conversations that may well ensue. This is all about personal buying.

McGhee: Everything that we’re doing right now is pre-FEMA trailers. Like I said, I’ve done several packages. The largest package was a 50-pack. I’ve done several 10 packages for companies, I’ve done three or four 30-packs. Basically we get them sold, we get them shipped down there, and then we help familiarize the customers with the trailers. Like I said, I think this is a chance for our industry really to shine here if we do a good job making sure the folks that we’re sending these trailers to actually get good use out of them and learn how to operate them.