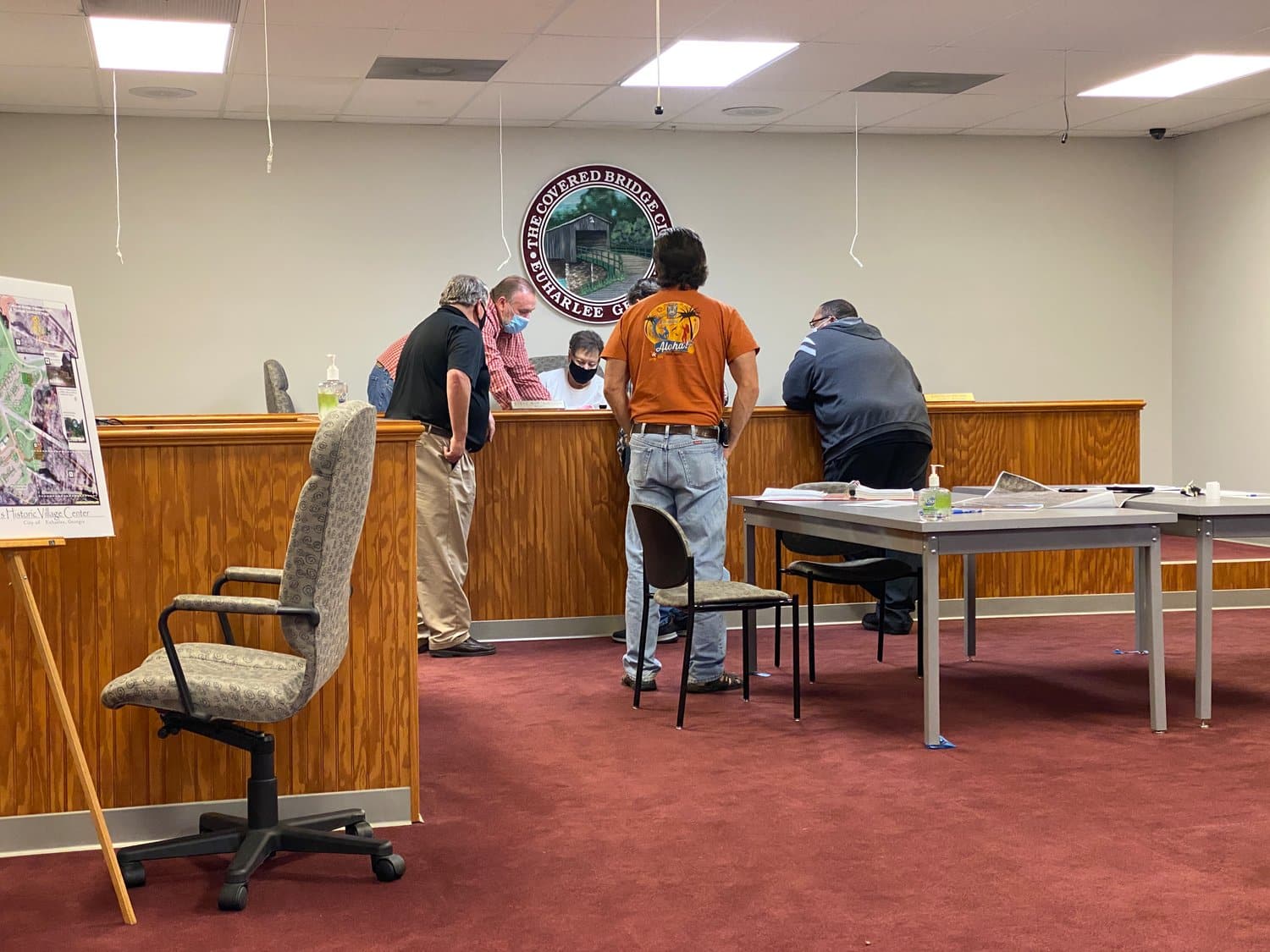 Members of the Euharlee, Ga., Planning and Zoning Commission spent the bulk of Tuesday (Oct. 13) evening’s public meeting discussing a proposal to construct a new campground site on a 17-acre parcel near Frankie Harris Park, according to The Daily Tribune News.

“This is designed to save the city money and not go in too deep into a project like this,” said Eric Smithey, the commission’s chairman.
He presented a three-phased conceptual plan for the city-owned property along Euharlee Creek and the Etowah River, with the first stage of development consisting of a “primitive camping” site — essentially, a cleared, level area with fire rings and signage.
For that project to take shape, he said several infrastructure improvements near the area are needed, including the installation of a culvert pipe and gravel along a pathway from the covered bridge to the proposed campground site.
“We’d have to decide on a management plan for it, whether we did a public-private partnership at the City government level or simply do a website with online reservations services,” he said.
The property, he said, would also require portable toilets, potable water access and some mild brush clearing for vehicle parking.
“In my opinion, we have to come up with an idea of how many guests we’ll allow or how many people we allow per campsite,” Smithey said. “It’s just a simple, soft opening. I haven’t thought very far in the price point, we can look at some competitors and see what they’re charging.”
While that phase of development would require little to no engineering, the second and third phases presented by Smithey are far more ambitious.
Phase II of the proposed project calls for the construction of “simple glamping” structures — i.e., raised decks with canvases comparable to traditional tents and yurts. Among other possible amenities, the conceptual plan lists grills, beddings, furniture and battery-powered simple lighting.
Although he said he didn’t endorse either, Smithey said similar developments are often managed through online services like Airbnb and Glamping Hub.
“There’s so little contact and so little work involved with that,” he said. “If you do have a cleaning fee that you add to it, you hire someone to do that. You just pay them straight through the fees.”
Phase III development would consist of the construction of “permanent unique structures,” such as tree houses or covered wagons.
“I’d like to see them rented out every day, if we could,” Smithey said. “If it’s unique and it’s something that someone’s not seen or doesn’t have access to it around here, I think we’re in a better position.”
At that point, Smithey said the proposed campground would be wired for electricity and piped for water service.
“I’ll make a prediction that when we get to phase III, we won’t even want phase I,” Euharlee City Councilman Tim Abbott said. “I’m not saying the primitive campers aren’t welcome, I’m saying that economically phase III is where we could probably rent nine, 10 months a year.”
For the time being, however, the proposal remains only a concept, with no timetable for construction or financial investment estimates. Nor has the proposal been presented before the Euharlee City Council for an official vote.
To read more, click here.