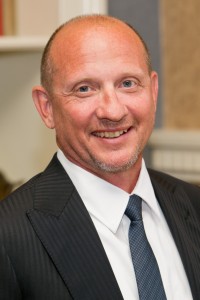 Doug Gaeddert, general manager of Forest River Inc., was elected Recreation Vehicle Industry Association (RVIA) chairman for fiscal year 2013 during the association’s board meeting on Sept. 28 at The Hotel Viking in Newport, R.I.

“The board has elected a proven leader to become our next chairman,” said RVIA President Richard Coon. “Doug has been an active, engaged member in the association for a decade, and in that time, his participation and business expertise have proved to be a tremendous benefit to RVIA and the industry. I am looking forward to working with him in the coming year.”

In other actions at their meeting, the RVIA board: 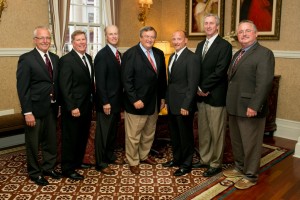 RVIA Executive Board members for 2013ddert

• Approved a motion that beginning Jan. 1, 2013, RVIA’s Standards Program replaces inspection to ANSI A1195.5 Section 3-7.1 Formaldehyde Consumer Disclosure Notice with inspection to the RVIA Membership Formaldehyde Emissions Requirement for Wood Products. This means that the RVIA membership requirement of using all CARB Phase 2 wood products in recreational park trailers will replace the current requirement for a formaldehyde disclosure label in every recreational park trailer starting on Jan. 1, 2013.

• Approved a budget of $12.9 million for fiscal year 2013 that holds membership costs at current levels.

• Extended the contract with the Kentucky Exposition Center in Louisville to hold the National RV Trade Show at the venue through 2015 in the normal post-Thanksgiving time period. The new contract now coincides with the commitment the Recreation Vehicle Dealers Association’s (RVDA) has for its con/expo at the Rio All Suites Hotel and Casino in Las Vegas. The timing of the two gatherings was an issue in recent discussions on whether to move RVIA’s Louisville Show to another date or another venue.

• Scheduled the 2013 RVIA Annual Meeting for Feb. 27-March 2 at the Loews Portofino Bay Hotel in Orlando, Fla., and the 2013 Board of Directors Meeting for Sept. 23-25 at the Fairmont Hotel Vancouver in Vancouver, B.C.