Across the country from Maine’s Great Thicket National Wildlife Refuge to California’s Death Valley National Park, national park sites, wildlife refuges and those who love them will reap the benefits of historic investments being made through the Great American Outdoors Act to improve our public lands and enhance conservation and recreation.

“We continue to make progress to deliver on the purpose of this historic conservation legislation. We carefully evaluated each deferred maintenance project and land acquisition to maximize the return on investment for the American people and deliver on the promises of this unprecedented opportunity,” said Margaret Everson, Counselor to the Secretary and Chair of the Great American Outdoors Act Task Force.

Signed into law by President Trump earlier this year, the Great American Outdoors Act is working to address the historically underfunded, multi-billion-dollar deferred maintenance backlog at our national parks, American Indian schools and public lands in addition to funding new public access projects across the country through the LWCF. $9.5 billion over the next five years will be dedicated to tackling deferred maintenance needs, and $900 million per year into perpetuity will be invested from the LWCF for new conservation and recreation opportunities.

The Act is expected to be the single largest investment into our public lands in United States history, spurring significant job creation and state and local economic growth.

Approximately $1.6 billion will be invested into more than 160 deferred maintenance projects, benefiting a majority of states and numerous Bureau of Indian Education schools. Yosemite National Park will be rehabilitating the Tuolumne campground with a hardened parking pad, new picnic tables, fire rings, and food storage containers for bear protection, in addition to fixing the surrounding campground roads, replacing its aged water distribution system and completely replacing its sewer collection system. 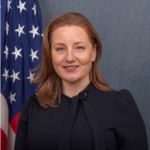 The Bureau of Land Management (BLM) will be conducting multiple projects at the Jupiter Inlet Lighthouse in Florida, removing deteriorating structures, addressing erosion issues, and improving recreational access in the area. The BLM-managed Green River District in Utah will also be improving boating access by repairing and stabilizing a boat ramp, in addition to other projects.

To most appropriately and prudently spend this historic funding on these deferred maintenance and conservation projects, Secretary Bernhardt recently signed Secretary’s Order 3388, which:

In selecting projects for funding in FY 2021, a team of career employees who are technical experts in facility management, construction, budget, and related fields spent several weeks conducting an intensive and detailed review of the proposed project lists across all Interior bureaus. The team narrowed the list down to projects that would have the greatest overall impact on reducing the agencies’ maintenance backlogs while also benefiting the American people. These projects were then recommended to the Secretary and GAOA Taskforce for adoption.