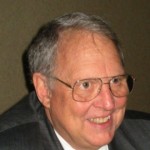 Current executive William “Bill” Garpow announced today (Nov. 30) that a tentative timeline for transition to retirement has been put in place. He said he will remain as executive director until a successor is hired and will help with training.

The RPTIA also may move its current office in Newnan, Ga., to Northern Indiana, where more than half of its members are based.

“As you may be aware, in late September I had extensive surgery performed at Wake Forest Medical Center that, thankfully, went very well. Though my doctors tell me that I can now consider myself as a 70-year-old cancer survivor, it was nonetheless a life-changing event that brought me to the realization that it was time for me to consider retirement,” he stated in an announcement.

“In talking with the RPTIA board regarding this change of my priorities, a tentative timeline for the transition was put in place. Plans are that I’ll continue as usual until the board retains its new director and then remain available to provide any needed training. In total, this process could take as much as two years,” he stated.

The salary will likely be close to six figures plus benefits to include a contribution toward health and life insurance as well as a possible matching funds retirement package, Garpow speculated, though not tying the RPTIA board to these terms.

Garpow has been RPTIA’s only executive director. He has been an integral member of the manufactured housing and RV industries since the 1960s. Due to his health, he was unable to attend this week’s National RV Trade Show for the first time in 40 years.

RPTIA is a non-profit trade association whose members are the manufacturers, suppliers and service firms producing park trailers. The association also represents allied associations whose members primarily represent the retailers, RV parks or resorts in the United States. RPTIA exists to unite all recognized segments of the industry so they may, in consort, have effective influence upon matters of public interest involving the betterment of the industry. The association members produce 90% of the park trailers built in the U.S.

Upon joining RPTIA, manufacturers are required to sign a pledge that they will build park trailers that conform with the A119.5 Standard.

The RPTIA was formed as an off-shoot of the Recreation Vehicle Industry Association (RVIA).

“Financially, RPTIA has a sound operating reserve and has made the necessary cuts to keep us in balance,” Garpow noted. “As such, we feel confident that the association will be able to operate until the economy improves even with the expected delays.”

The committee scheduled to meet on Jan. 11 will, in full confidence, review the résumés and proposals as part of the selection process, he said. At this meeting, they will choose three or four potential candidates for a subsequent face-to-face meeting. The final selection and resulting offer to the chosen candidate could be made in the spring.