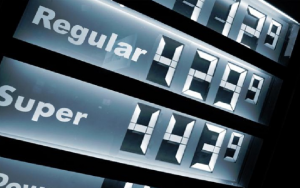 Editor’s Note: GasBuddy.com has released its 2013 fuel forecast. It was written by Patrick DeHaan and Gregg Laskoski, senior petroleum analysts. Their report provides a far more in-depth look from an earlier story provided by The Associated Press. To read the entire report click here.

We can expect significant volatility in gasoline prices during 2013, but most notably during the following periods for the following reasons:

Issues likely to have a significant impact on gasoline prices: