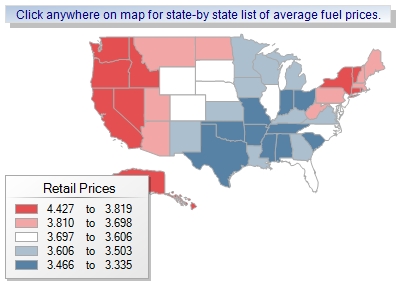 This chart, courtesy of AAA, shows the average price per gallon of gasoline in the U.S. Prices are the lowest they’ve been since August.

And just like that, gasoline prices have begun to tumble.

U.S. drivers are finally seeing relief at the gas pump. The nationwide average for a gallon of gas fell nearly 5 cents over the weekend to $3.665. That’s the lowest price since early August.

The price of oil was falling today too (Oct. 22), tracking the small declines in U.S. stocks, the Associated Press reported.