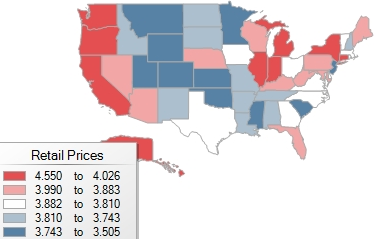 Bloomberg reported that Mark Brown, executive vice president for the non-profit group with more than 53 million members, told a House Natural Resources Committee hearing that its members were making adjustments as gasoline approached $4 a gallon.

“Members are not canceling their vacation driving plans at this time, but may scale back the distances and the number of destinations,” Brown said in written testimony distributed before a Tuesday (March 27) hearing in Washington, D.C.

Crude oil advanced more than 8% this year, and the average price for unleaded gasoline at the pump climbed about 19 percent to $3.90 a gallon Tuesday, according to AAA data.

More than half of Americans who plan to travel by car this summer said further gasoline-price increases would make them take fewer trips or spend less on meals, shopping and entertainment, Gilliland said, citing data from the U.S. Travel Association.