GE Exec to Speak at World RV Conference in Tampa 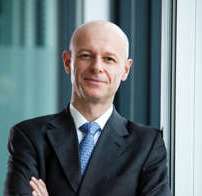 The Recreation Vehicle Industry Association (RVIA) has announced that Marco Annunziata, chief economist and executive director of Global Market Insight at General Electric Co., will be one of the featured speakers at the 2nd World RV Conference being held Jan. 17 – 20, 2013, at the Marriott Waterside Hotel & Marina in Tampa, Fla.

Annunziata will examine how the increasingly complex global economy impacts business trends and markets during luncheon remarks on Friday, Jan 18, according to a news release.

“We are extremely fortunate to have Marco Annunziata speak at the 2nd World RV Conference,” said RVIA President Richard Coon. “As an internationally respected economist and business analyst, he will help us gain a deeper understanding of the role global economic conditions have in shaping our business.”

Annunziata is responsible for global economic, financial and market analysis to support GE’s business strategy. He is a member of the European Central Bank’s (ECB) Shadow Council and of the European Council of Economists. He joined GE in January 2011 after serving as chief economist at UniCredit Group and Chief Economist for the Eastern Europe, Middle East and Africa region at Deutsche Bank. He holds a Ph. D. in economics from Princeton University and a bachelor’s in economics from the University of Bologna.

Hosted by RVIA, the 2nd World RV Conference will draw RV industry executives and leaders from around the world to Tampa in January 2013. The event will feature an informative conference agenda that will provide attendees the opportunity to share market information and statistics, discuss technical issues and standards, and explore how RV companies can work together in an interconnected world market.

Registration materials and full program information for the event will be available later this spring. Industry members are encouraged to check the ‘2nd World RV Conference” tab at www.rvia.org for updates. To make hotel reservations, contact the Marriott Waterside Hotel and Marina at (888) 789-3090 and ask for the “2nd World RV Conference Room Block.”