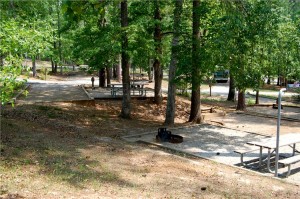 John Tanner Park was built in 1954 as a recreation site in north central Georgia, operated by its namesake, a Carrollton business owner, until joining the state park system in 1971.

In July, it will officially become a county park with the finalization of an agreement between the state of Georgia and Carroll County. It has been operated by the county since July 1, 2010, the Times-Georgian reported.

“The state was planning to close the park, so the county stepped in and took over,” said county parks Director Trudy Crunkleton. “The county was pleased to have it back because of what it means to the citizens here.”

She said there are several steps in the transfer process and most of them have been completed. The final one will be when the Legislature and governor approve the deal and the papers are signed in July.

The county will pay $77,000 in the deal for the park, although it’s not actually a purchase, but a pact worked out with the state to pay off bonds, she said.

In the meantime, John Tanner Park is still listed on the Georgia State Parks and Historic Sites website.

“As long as the property is in their name, we want to keep it on their site,” Crunkleton said. “It’s good exposure for us and it’s beneficial for us to work together.”

She cites as an example that John Tanner Park is still part of an RV club the state operates.

“It doesn’t cost campers anything to join, but after camping so many nights in member parks, the campers get a free night,” she said. “Not all state parks are members of the club.”

John Tanner Park is open year round, although the busy season begins in April with the warming weather.

“The spring break week was one of the hottest we’ve had so far and we were very busy,” she said. “We’ve started the summer season early with the hot weather.”

The county will begin many improvements once the property is in its hands.

“We’re already doing more events,” she said. “We kept the Junior Sportsman event and Halloween Hayday they were doing. We added the Christmas Storybook Wonderland.”

She said the county is also looking at possibly adding additional cabins and rental spaces in the future.

The 138-acre park is open from 7 a.m. to 10 p.m. each day, with overnight campers having keyed access after hours. It has two lakes, one 12 acres and the other 16 acres. If offers boating, swimming, fishing, camping, picnicking, miniature golf, volleyball, pedal boats, horseshoes and a nature trail.

Parking fees are $5 per vehicle, with an annual $40 parking pass available. Senior citizens get a special $20 annual rate.

Information about the park is available online at www.gastateparks.org/JohnTanner.