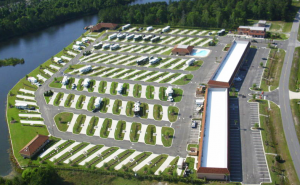 A Brunswick, Ga., RV park owner says he should not have to pay a county-imposed bed tax because he doesn’t rent beds, according to a report in the Florida Times Union, Jacksonville.

The county has been trying to squeeze every dollar out of its accommodation excise tax – also known as the bed tax – and that includes a recent attempt to collect from campgrounds and RV parks, as wells as hotels, inns and other short-term accommodations.

Earl Perry’s Coastal Georgia RV Resort in the southern part of the county draws visitors off Interstate 95 who generally spend a few days and more than a few dollars, he told the county commission Tuesday (May 17) during a work session. They pay $40 a day to stay at the park, which would increase by $2 if Perry tacks on the 5% tax. That would put him at a competitive disadvantage with parks in other counties, he said.

“We rent property; we don’t rent beds,” he said. “If you impose this tax, we may lose business. I think it’s unfair. Nobody else down the I-95 corridor imposes it.”

Perry noted that a law permitting the county to impose a bed tax has been on the books since 1987, but until March there had never been an effort to collect it from RV parks.

That’s when he received a letter from Glynn County Finance Director Phyllis McNicoll asking him to pay up.

“Glynn County has become aware that you are operating a tourist camp, tourist cabin or campground at South Port Parkway,” the letter said in part. “Therefore, you are subject to the requirements of the Lodging Tax Ordinance but have failed to comply with the provisions of the ordinance.”

Perry argued that his park has a positive financial impact on the county even without the bed tax.